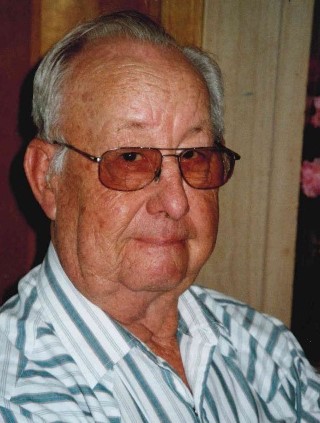 Tony's life began on July 10, 1930, in Stillwater, OK.  He is the son of William and Mary (Bradley) Schafers.  Tony served his country in the United States Army during the Korean War and served overseas in Okinawa.  He was united in marriage to Tillie Esparza on September 12, 1953 in Stillwater and they celebrated 65 years of marriage.  Tony worked maintenance at St. Luke Hospital for 35 years, then for the United States Postal Service for 30 years; he and Tillie worked together building houses and Tony was the owner of Tony's Plumbing in Marion.  He was a parishioner at Holy Family Parish in Marion and member of the Knights of Columbus.  Tony was a member of the American Legion, VFW and the Catholic Foresters.  Tony's greatest joy was his family which includes his wife of 65 years Tillie Schafers of Marion; children Leonard (Donna) Schafers of Newton and Dennis Schafers of Topeka; grandchildren Jason (Rebecca) Schafers of Marion, Travis (Kelley) Schafers of Marion, Shawn (Elizabeth) Schafers of Newton, Mary Schafers, Joseph Schafers, John Schafers, and Benjamin Schafers, all of Topeka; great-grandchildren Jay Schafers, Bridgette Francis, Amanda Schafers, Jerid Schafers, Emily Schafers, David Francis, Stevan Schafers, Sarah Schafers, Santiago Schafers, Trevor Schafers, Haiti Schafers, Saurora Schafers, Damyon Schafers and Dominic Schafers; his siblings Hope Ann Owens, Helen Downey, Jeanette Blasi, and Frances (Dr. Marty) Klenda and several nieces and nephews.  Tony passed away on July 22, 2019, at St. Luke Living Center in Marion.  He is preceded in death by his parents and siblings Victor, Bill, Clara, Mary, Josephine, and Delores.  Tony's family will gather with friends on Friday from 5-7 p.m. at the Yazel-Megli-Zeiner Funeral Home, Marion.  A rosary prayer will be recited on Saturday at 10:30 a.m. at Holy Family Parish, Marion followed by Mass of Christian Burial at 11 a.m. celebrated by Father Brian Bebak.  Tony will be laid to rest in Marion Cemetery with military honors.  Memorial contributions in his name may be directed to Knights of Columbus, Father Emil Kapaun Council 3423. Please sign his online guestbook and leave a memory of Tony at www.ymzfh.com.

To order memorial trees or send flowers to the family in memory of Anthony "Tony" F Schafers, please visit our flower store.