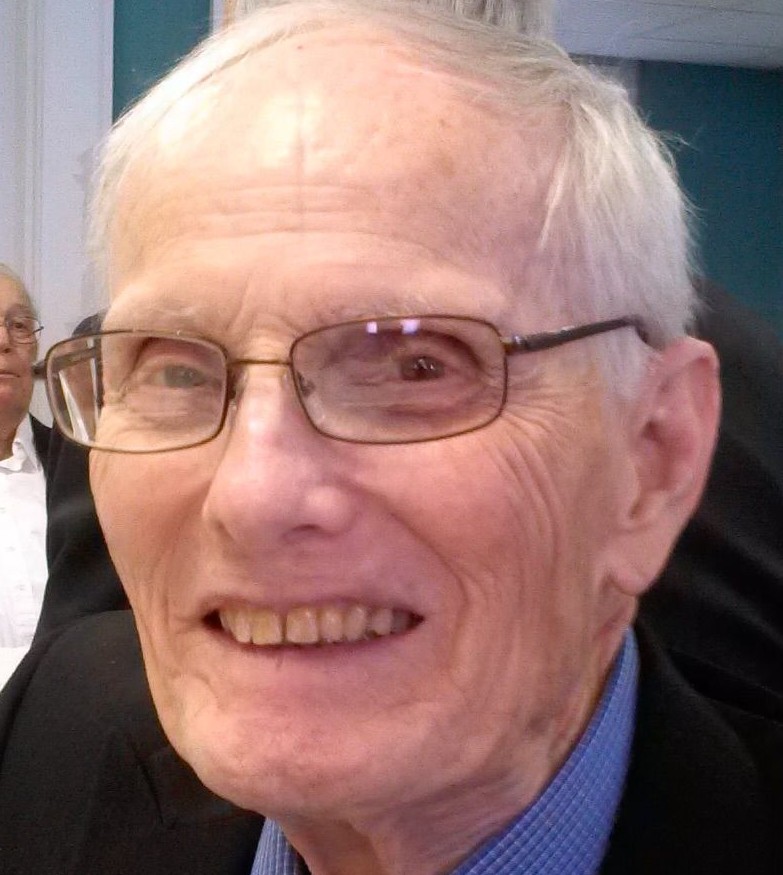 Keith’s life began on November 13, 1931, in McPherson, KS. He was the son of Ivan and Lydia (Chapin) Allison. Keith served his country in the United States Army during the Korean War years of 1953 – 1955 when he was released from the service to begin studying at McPherson College. Keith earned a degree in music at McPherson College, his Masters’ Degree at Wichita State, attended seminary in Dubuque Iowa, and his Doctorate of Theology from the University of Cleveland. Keith married the love of his life, Claudia Jo Stump on August 20, 1955, in Perryton, TX. He taught music in his earliest career at Halstead and later at McConnell Air Force Base in Wichita. Keith was called to serve as a pastor in the Presbyterian Church after his teaching experience. He pastored the Presbyterian Church’s in McKinney, TX, Cushing, OK, Neosho, MO, El Paso, Tx and finally years  as an  interim pastor in Halstead, Marion, and Jetmore. Keith loved to travel with his family, especially to Estes Park, CO. He was an avid gardener and exceptional woodworker. Keith was also a talented piano player and a very skilled piano tuner, a skill he acquired early on in his family life and a skill he continued to use into his retirement. He is survived by his children Kendall (Patty) Allison of McPherson, and Jackie ( Terry) Osborne of Neosho, MO; grandchildren Carlin Turner, Austin Spencer, Derrick Allison, Nick (Abby) Osborne, Jeremy (Caitlin) Osborne, Kendra (Richard) Smith, Brandon (Emily) Allison, Matt (Kaleigh) Allison, Josh (Britney) Allison, Rachel Allison and Heather (Kollin) Retter; great grandchildren Maicy, Oliver, Owen, Oliver S., Tilly, Addilyn, Averie, Gavin , Austyn, Sadie, Devin and Emeryson and several nieces and nephews including one FN.  Keith passed away at his home with his children at his side on the evening of Thursday March 3, 2022. He is preceded in death by his parents, wife Claudia, son Douglas, brother Vincent Allison and sister Ann Schubert. His family will gather with friends on Tuesday March 8th from 6-8 p.m. at Yazel Megli Funeral Home. Keith’s funeral service will be held on Wednesday March 9th at 11 a.m. at the Marion Presbyterian Church led by Pastor Jeremiah Lange. Burial will be held at 9 a.m. on Wednesday March 9th in the McPherson Cemetery, McPherson. Memorial contributions in Keith’s name may be directed to the Marion Presbyterian Church Piano Fund. Please sign his online guestbook and leave a memory of Keith at www.yazelmeglifh.com.

To order memorial trees or send flowers to the family in memory of Arlen Keith Allison, please visit our flower store.