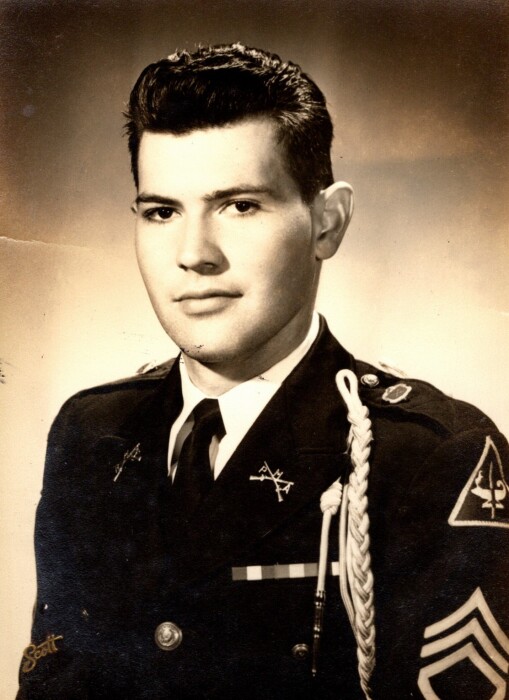 Armelio's life began on July 31, 1938 in Marianas Havana, Cuba.  He was the son of Armelio Del Castillo and Obdulia (Aries) Castillo.  Armelio was united in marriage to Xenia Vilar on July 24, 1974 in Panama City, Panama.  He attended school at the Peekskill Military Academy in Peekskill, NY and later served his adopted country in the United State Air Force from 1958 – 1960.  Following Armelio's military service he was a police officer for the New York Police Department (NYPD) and then went to work for the United State Department of Defense as a law enforcement officer until becoming disabled.  He enjoyed building model airplanes, taking long drives in the countryside, and sharing military stories with his fellow vets. As a Korean War vet, he visited the Father Kapaun Memorial often.  Armelio loved Halloween and was a great cook, especially French Toast.  He also loved his Duncan Donuts and most especially he loved his family.  His loving family includes his wife of 46 years, Xenia of Lincolnville; children Melissa Del Castillo of Marion, Armelio Del Castillo III of Junction City and Nicole (Shannon Grant) Del Castillo of El Paso, TX; grandchildren Alfwenna Meyer, Mariela Owens, and Noah Robertson-Del Castillo.  Armelio passed away on Tuesday March 2, 2021 at Newton Medical Center.  He is preceded in death by his parents.  His family will gather with friends on Thursday from 5-8 p.m. at Yazel-Megli Funeral Home, Marion where his funeral service will be held on Friday at 11 a.m.  Memorial contributions in Armelio's name may be directed to the Combat Warrior Relief Fund (322 Christiana LN; Poplar Bluff, MO 63901) or Hallow Lake (720 Hudson, Marion, KS 66861).  Please sign his online guestbook and leave a memory of Armelio at www.ymzfh.com.

To order memorial trees or send flowers to the family in memory of Armelio Del Castillo, please visit our flower store.