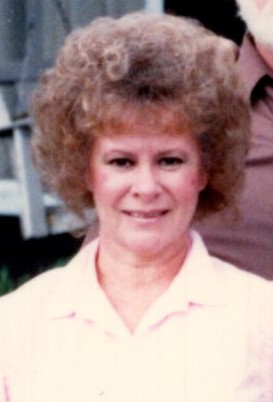 Barbara's life began on July 18, 1938 in Herington.  She was the daughter of Henry and Esther (Fromm) Alt.  Barbara was united in marriage to Daniel Clore on June 6, 1971 in Herington.  She worked most of her life in various jobs including Herington Municipal Hospital, the school lunch room and cleaning for various family's in the area.  Barbara enjoyed going fishing with Daniel, travelling, eating out and shopping on QVC.  She was a wonderful cook and was well loved for her meat loaf and beef stew amongst other goodies.  Barbara was baptized in the Baptist Church in Herington.  Her greatest joy was her family which includes her husband Daniel of Herington; children Debbie (Scott) Ginter of Holt Summit, MO, Caroline (Jerry Schlesener) McIntosh of Herington, Roger (Rhonda) Clore of Park City, and Sherry Williams of Augusta; 18 grandchildren, several great grandchildren and her brother Francis (Ardith) Alt of Herington.  Barbara passed away on March 5, 2020 at Legacy at Herington.  She is preceded in death by her parents, daughters Sherri Applebaugh, Brenda Hester and Colleen De Tomaso; grandson Stacy Falk and her brothers Milton, Alvin and Henry Alt, Jr.  Her family will gather with friends on Wednesday at 11 a.m. at the First Baptist Church, Herington for her funeral service and there will be visitation one hour prior to service.  She will be laid to rest in Sunset Hill Cemetery. Yazel-Megli-Zeiner Funeral Home is serving the family.  Memorial contributions in her name may be directed to the American Legion, Herington.  Please sign her online guestbook and leave a memory of Barbara at www.ymzfh.com.

To order memorial trees or send flowers to the family in memory of Barbara J Clore, please visit our flower store.