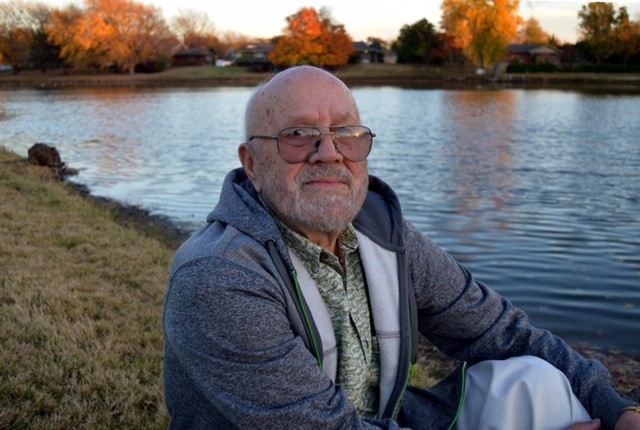 Ben’s life began on December 19, 1925, the son of Jacob and Mary (Spense) Krahn in Langdon, North Dakota. He graduated from Langdon High, Class of 1943 and married Lavina Mae (Wuthrich) on November 2, 1951, at the Whitewater Federated Church. He was a machinist and worked for Beech Aircraft and also farmed.  He was a member of Swiss Church which is now the Whitewater Community Church. There he taught Sunday School and was the church treasurer. Ben was an avid bowler, liked to go on walks and farming was his hobby.

He was preceded in death by his parents; spouse, Lavina in 2013; brothers, Clarence, Herb, Reuben, Alvin George, and Emil; sisters, Rose Krahn, Mary Gadaire and Katie Lowen. Ben passed away peacefully on Thursday, March 5, 2020, at the age of 94 years old.

His family will gather Sunday, March 8, 2020, from 5-7 p.m. at the Lamb Funeral Home, 120 S. Main, Whitewater. Funeral services will be held on Monday, March 9, at 10:00 a.m. at the Whitewater Community Church, 703 E. Central, Whitewater, with Pastor Dwight Carter, Pastor Jordan Krahn and Pastor Timothy Conner officiating. He will be laid to rest in the Swiss Cemetery in Whitewater.

Memorial contributions in Ben’s name may be directed to Whitewater Community Church or the China Outreach Ministry in care of Lamb Funeral Home, PO Box 358, Whitewater, Kansas 67154. Please sign his online guest book and leave a memory of Ben at ymzfh.com

To order memorial trees or send flowers to the family in memory of Benjamin Jacob Krahn, please visit our flower store.