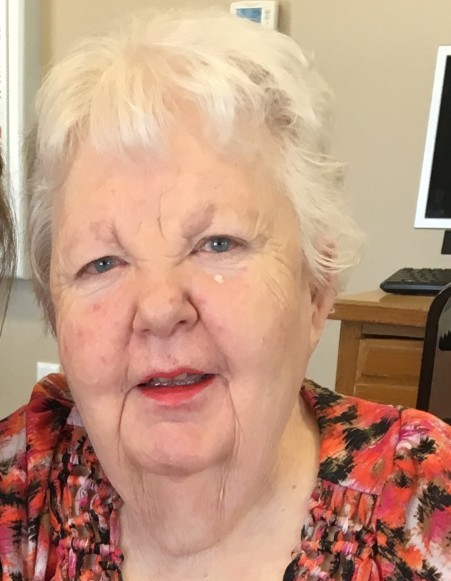 Bernard and Genevieve moved to Great Bend, Hoisington, and Marion when the children were younger, residing in Marion for school years. She attended church every Sunday at the Tabernacle 1st Baptist Church where she and her siblings were baptized.

She graduated from Marion High School, Class of 1958. After high school, she attended Sterling College with her sister Nancy for a year.

She then moved back to Marion, worked at the Cozy Café, where she met and married Alvin Winter on December 12, 1964. They had two children.  She then started work at the Marion Hospital in the Kitchen where she worked until she and Alvin bought the Marion Marble and Granite Works in 1988. She also watched her grandchildren as often as possible.

She enjoyed playing the piano and singing with her sister Judy. Bowling was a highlight to her week. She bowled at Marion Bowling Alley for Women’s league. She would talk Alvin into going out to eat as much as she could, but she did love to cook and bake. Since 2015 family cared for her in her home due to stroke and dementia. After much care and consideration family brought in Good Shepherd Hospice in 2018 to help with her care and comfort. She passed away on November 7th 2018 in her home with family at her side.

Funeral service will be 10:30 a.m. at Zeiner Funeral Home in Marion, Ks with Carl Helm officiating. Interment will follow at the Marion Cemetery. A Memorial Fund has been established for Good Shepherd Hospice, in care of Zeiner Funeral Home, PO Box 6 Marion, KS 66861

To order memorial trees or send flowers to the family in memory of Bernadeen Winter, please visit our flower store.