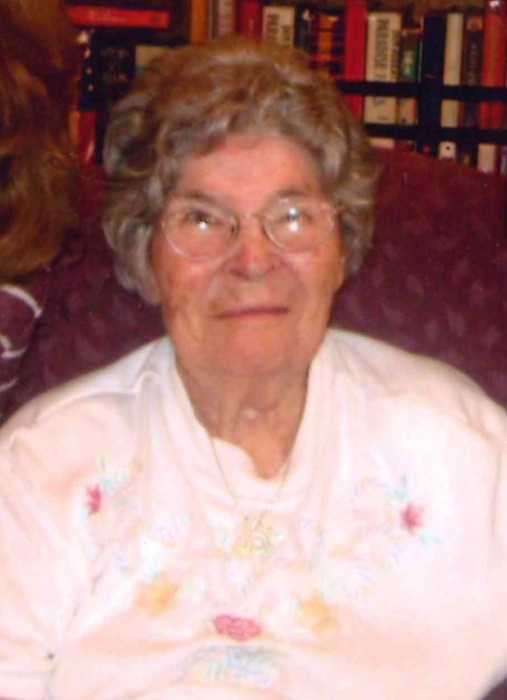 POTWIN – Bernice K. Harvey, age 98, passed away May 14, 2016, at Presbyterian Manor, Newton.  She was born in Butler County, the daughter of Walter and Hattie (Goodrich) Abplanalp.  On September 25, 1935, she was united in marriage to Fred Harvey at El Dorado.  After living a few years at Towanda, they made their home near Potwin, where she was a farmwife and homemaker.  Their marriage was blessed with two children:  Beverly and Lloyd.  She was preceded in death by her husband Fred; a daughter Beverly Chase; and 3 siblings:  Bob Abplanalp, Maxine Harris, and Mabel Eckholm.  She is survived by her son Lloyd Harvey and his wife Barbara of Potwin; a sister Lois Ingram of Tampa, Florida; 4 grandchildren; 12 great-grandchildren; and 2 great-great-grandchildren.

Visitation will be held from 6 – 8 p.m., Monday, at Lamb Funeral Home, Whitewater.  The Funeral Service will be held at 10:00 a.m., Tuesday, May 17, 2016, at the Potwin Christian Church.  The Interment will be in the Walnut Valley Cemetery, El Dorado.  Memorial Funds have been established for the Good Shepherd Hospice or the Presbyterian Manor, in care of Lamb Funeral Home, 120 S Main, Whitewater, KS, 67154.  Online Condolences may be left at www.zeinerfuneralhomes.com.

To order memorial trees or send flowers to the family in memory of Bernice K. Harvey, please visit our flower store.