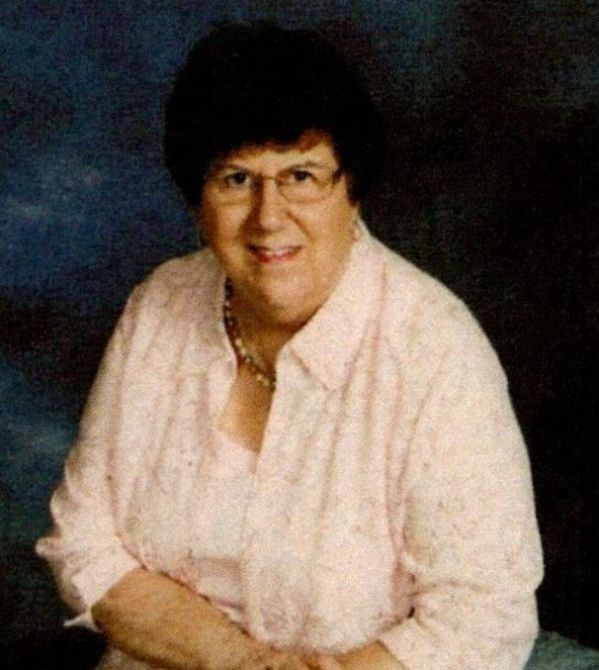 Beryl Ann Stretch was born on August 6, 1935, in Blandford Forum, England, to Harold and Gwendolyn (Wright). Waiting for her at home were Myra, Edna, and Raymond.

Eventually, they moved to Shaftesbury, where she met and married American airman Eugene Steiner on April 20, 1955, at the St Edward, King and Martyr, Catholic Church. They lived in Shaftesbury until the following February, arriving in Durham on Valentine’s Day 1956, leaving behind the English village and joining the bustling Steiner family farm in Durham, Kansas.

Though they grew up thousands of miles apart, Beryl, who grew up during WWII post-war rationing, was well-suited with Gene, who was raised during the Great Depression. When asked later in life, she said she would always remember the horrible smell of the gas masks issued and nearly being evacuated to Australia.

As a child, Beryl discovered a lifelong love of swimming in the English Channel. Both her father and grandfather were bakers, skills passed down that she was famous for within the family; that flair for baking has made its way into her descendants, even as far down as her great-grandchildren. Beryl was also a nursing cadet in The St. John Ambulance Brigade, dedicated to the teaching and practice of first aid and the support of the national emergency response system in England.

In October 1969, with four children under twelve, she became a naturalized American citizen. However, she remained the proper English lady her mother raised and observed teatime daily.

Throughout the course of her life, Beryl received recognition for her needlework and gardening skills; was an avid knitter, including a potholder and Afghan for every grandchild; worked Boots pharmacy in Shaftsbury and the kitchen at Salem Hospital.

Later in life, Beryl enjoyed supporting the American Legion Women’s Auxiliary, as well as finding treasures donated by others while working at the Et Cetera shop in Hillsboro.

Beryl was preceded in death by her parents, brother, sister Edna, and grandson Ryan. In 2011, after 56 years of marriage, Gene died after a battle with cancer.

She is survived by Roy; Perry & Barb, Amanda (children Tucker & Everett), Eric, Victoria (children Annabelle & Stella); and Paula & Stephen Kieffer, Alyssa, Mariah, Mikayla, Aiden; and Rex: Sister Myra Mullins, nieces, nephews and cousins on both sides of the pond, and countless friends loved as though they too were family.

Beryl died on January 21, 2022. Rosary will be at Holy Family Parish, St. Mark's Catholic Church Marion Friday October 7th, 2022 from 9:30am - 10:00am with the Memorial Service following at St. Mark's Catholic Church Friday October 7th, 2022 10:00am, with burial following at Pilsen Cemetery. Yazel Megli Funeral Home, Marion is serving the family. Memorial contributions in Beryl’s name may be directed to the Father Kapaun Legacy Fund. Please sign her online guestbook and leave a memory of Beryl at www.yazelmeglifh.com.

To order memorial trees or send flowers to the family in memory of Beryl Ann Steiner, please visit our flower store.