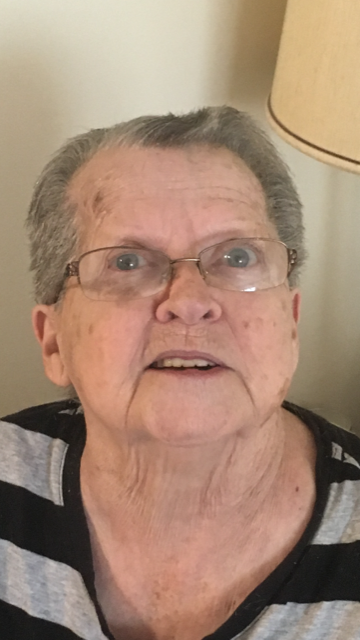 Betty’s life began on January 30, 1941, the daughter of Herbert and Goldie (Dutoit) DeMott in Blue Mound, Kansas.  She graduated from Blue Mound, Class of 1959, and married Jimmy Charles Macy on April 12, 1963, in Valley Center, Kansas. She worked at Wheat State Manor in housekeeping and in dietary. She attended the Potwin Christian Church and enjoyed woodworking, crocheting, watching and donating to the 700 Club on television. Betty also wrote many poems and songs, having one recorded and many poems published.

She was preceded in death by her parents; husband, Jim in 2011; brother, Gene DeMott and a sister, Nadene Strunk. Betty passed away peacefully on Tuesday, February 25, 2020, at the age of 79 years old.

A memorial service will be held on Saturday, March 7, at 3:00 p.m. at the Potwin Christian Church with Pastor Chuck McCrea officiating. A private burial will take place at a later date in McGill Cemetery.

Memorial contributions in her name may be directed to Good Shepherd Hospice in care of Lamb Funeral Home, PO Box 358, Whitewater, Kansas 67147. Please sign her online guest book and leave a memory of Betty at www.ymzfh.com

To order memorial trees or send flowers to the family in memory of Betty Ann Macy, please visit our flower store.