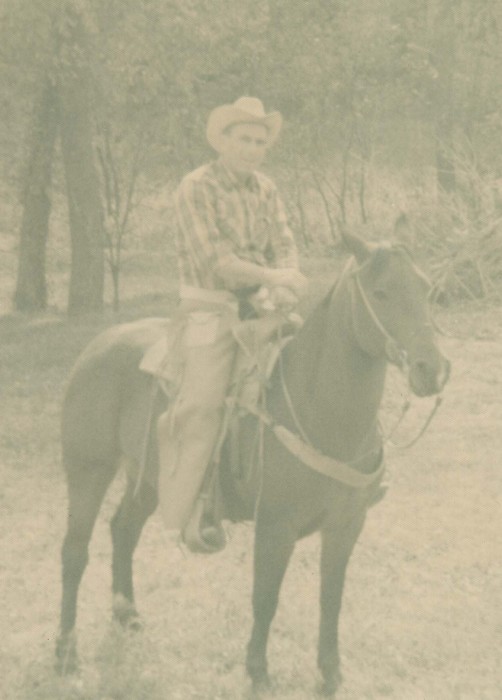 Billy's life began on March 11, 1930, in Harrell, AR.  He was the son of Fred and Leuna (Mulligan) Williams.  Billy is a 1949 graduate of Harrell High School and served his country in the United States Army during the Korean War.  He was united in marriage to the former Margie Sue Thompson on June 26, 1953 in Harrell Ark..  Billy worked in the oil fields, refinery, drove truck and farmed. When he was a young man, he worked at the grocery store ice house hauling up to 300-pound blocks of ice; he worked one summer clearing trees for pastures for five dollars for the summer and was always a hardworking man.  Bill enjoyed cutting horses as a young man and as a father, supporting his children's sporting events.  Bill wore out a car every few years attending his son or daughter's games.  He was a member of the American Legion Post 308 in Florence.    His greatest joy was his family which includes his wife Margie of Cedar Point, children Gary (Terry) Williams of Goddard and Gayla (Will) Soyez of Goddard;  grandchildren Carl Williams, Elliot and Samantha Soyez and four great-grandchildren. Billy passed away on November 26, 2019 at Family Health and Rehabilitation in Wichita.  He is preceded in death by his parents, two brothers, and three sisters.  His family will gather with friends on Sunday from 4-6 p.m. at Yazel-Megli-Zeiner Funeral Home, Marion.  Bill's funeral service will be held on Monday at 11 a.m. at the Florence Christian Church led by Chaplain John Hull.   He will be laid to rest in the Cedar Point Cemetery with military honors.   Memorial contributions in his name may be directed to Good Shepherd Hospice or Florence Christian Church.  Please sign his online guestbook and leave a memory of Billy at www.ymzfh.com.

To order memorial trees or send flowers to the family in memory of Billy Joe Williams, please visit our flower store.