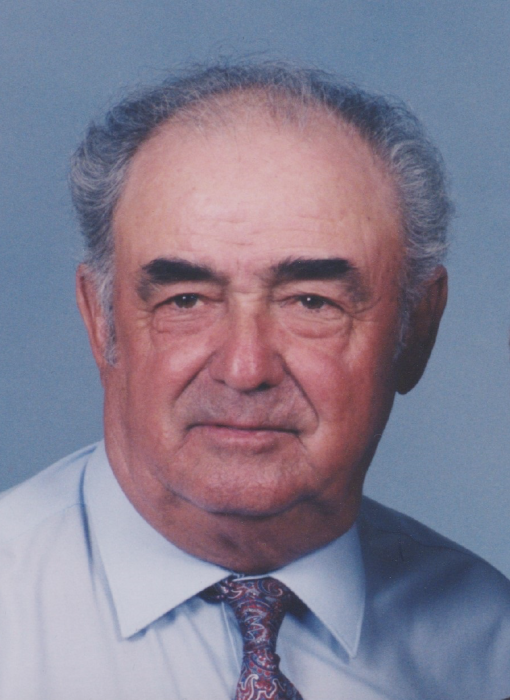 Cecil Wendt, age 92, of Herington, entered his heavenly home on October 27, 2018. He was born on April 3, 1926, the sixth child of August and Amelia (Schlesener) Wendt.  Cecil attended Herington High School.  He learned to do his chores at an early age and the responsibilities of becoming a farmer.

Cecil married Shirley Ann Koepsel on November 29, 1953, at the Zion Lutheran Church in Latimer.  They were the parents of four children; Sandra, Richard, Cheryl, and Jackie.  Their children were graduates of Herington High School.

He was a farmer/stockman.  He did carpentry on the side to make a little extra income for his family.  He was a faithful member of Zion Lutheran Church of Latimer.   He was a church elder, trustee, and held the position of church treasurer/financial secretary for several years.  His outside interests included having a pilot’s license and flying, bowling, entertaining and playing cards with several different card clubs.

The funeral will be held at the Zion Lutheran Church of Latimer, on Saturday, November 10, 2018, at 11:00am with Rev. King Crawford, officiating.  Burial will follow at Zion Lutheran Cemetery of Latimer.  Musician for the service will be Marlyn Diepenbrock and vocalist, Tom Granzow.  Serving as pallbearers are, Sam Hake, Dr. John Mussatto, Peter Mussatto, Joseph Schmidt, Mark Schmidt, Aidan Wendt; and honorary pallbearers are, Jeff Dimond, Cary Granzow, Craig Granzow, and George Herpich.  Memorial gifts may be given to Zion Lutheran Church-Latimer:  in care of Zeiner Funeral Home, 404 S Broadway, Herington, KS 67449.

To order memorial trees or send flowers to the family in memory of Cecil Rayno Wendt, please visit our flower store.