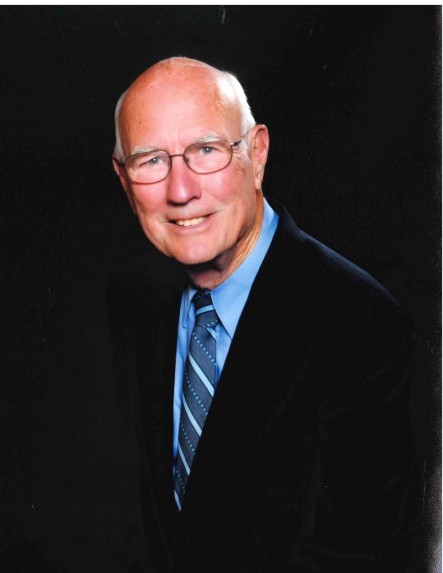 Charles Anthony Heerey was born August 20, 1932, in Hillsboro, Kansas, the son of Charles J. and Mary S. (Bruemmer) Heerey. He grew up on a farm near Aulne and attended grade school in a one-room rural schoolhouse. After working two years on the family farm, he went to high school and graduated from Marion High School in 1951. Charles married Virginia Louise Winter the day after Christmas in 1953. A few weeks later, he left for Frankfurt Germany as a member of the US Army during the post-WWII occupation where he served in the Transportation Division.

Charles worked for the U.S. Postal Service for thirty years both in Marion and Wichita, Kansas. He also worked as an electrician in the evenings and on weekends and later as a real estate agent. Charles both wired and sold many of the homes in the local area.

Charles served on the board of Hilltop Manor for twenty-five years (including serving as board chair), was a member of the VFW and volunteered at the St. Luke Hospital Auxiliary Shoppe. He and his wife enjoyed traveling including many family vacations, a 50th wedding anniversary trip with their entire family to Hawaii, the International Balloon Festival in New Mexico and a trip to Alaska. Charles was known for his orneriness, practical jokes and witty sense of humor.

Charles was preceded in death by his parents, a brother, John Heerey, and sisters Agnes McEachern and Catherine Wedeman. He leaves behind his wife of 65 years, sons Brad (Rhonda) Heerey of Wichita and Doug (Lori) Heerey of Marion and daughter Cindy (Chuck) McSwain of Wichita. Additionally, survivors include eight grandchildren and eight great-grandchildren. Surviving siblings include brother Ben (Colleen) Heerey of Tucson, AZ, and sisters Bridget Rowland of Wichita, Pat Pascoe of Agoura Hills, CA and Joan Bucheit of Granbury, TX. He also leaves behind many nieces and nephews.

Memorials may be made to Marion PRIDE, a memorial set up to help provide American flags and flag poles for Marion Main Street.

To order memorial trees or send flowers to the family in memory of Charles A. Heerey, please visit our flower store.