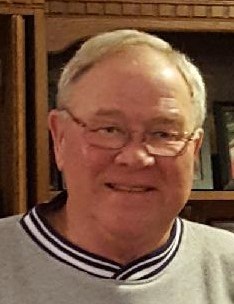 Steve's life began October 5, 1948 in Winfield.  He was the son of William "Bill" E. and Verna Ann (Beaty) Kill.  Steve was a 1966 graduate of Moline High School and studied two years at the American Business School in Wichita.  He was united in marriage to the former Judy Bernhardt on October 10, 1993 at St. John's Lutheran Church in Lincolnville. Steve retired after 41 years as an agent Farm Bureau Insurance in Marion.  He was a member of St. John's Lutheran Church, the Herington County Club where he played golf nearly daily and he enjoyed hunting and fishing as a young man.  Steve is survived by his loving family which includes his wife Judy of Lincolnville, children Angie (Kevin) Payne and David Kill, all of Lyndon; Kimbra (Martin) Kroupa of Lincolnville, and Kent (Cheryl) Remmers of Sun City, KS; grandchildren Justin (Jessica) Payne, Kristen (Cale) Buchman, Josh Payne, Clint (Abby) Kroupa, Kayla Kroupa, and McKenzee Remmers; great grandchildren Hensley Buchman; and brothers Hank Kill and Tim (Renea) Kill and several nieces and nephews.  Steve passed away on November 29, 2019 at Newton Medical Center.  He is preceded in death by his parents, one sister and five brothers.  Friends may call at Yazel-Megli-Zeiner Funeral Home, Marion on Wednesday from 10 a.m.-6 p.m.   Steve's family will gather with friends on Thursday December 5th at 11 a.m. at St. John's Lutheran Church for his funeral service led by Rev. Alan Stahlecker.  He will be laid to rest in Lincolnville Cemetery.  Memorial contributions in Steve's name may be directed to St. John's Lutheran Church.  Please sign his online guestbook and leave a memory at www.ymzfh.com.

To order memorial trees or send flowers to the family in memory of Charles "Steve" Stephen Kill, please visit our flower store.