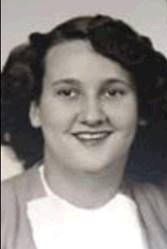 In the early years of her marriage, she was a housewife and mother but also helped in the farming operation when needed.  She then worked as a Purchasing Agent for Phillips Industries at Newton, KS, Heckendorn Mfg. Co. at Cedar Point, KS and finally for her younger brother, Jim, at Round-up Enterprises at Hillsboro, KS before retiring.  After retiring Charlotte enjoyed working in her yard and always had beautiful flowers in the many rock flower gardens built by her husband.  She also enjoyed the many visits from her children, grandchildren, and great-grandkids.  Charlotte especially enjoyed taking care of the grandkids and great-grandkids when they came to spend time on the farm. She cherished visits from neighbors and friends and always had hot coffee, a cold drink or a warm meal to share.  She recently received her fifty-year pin from the Kansas Order of the Eastern Star.

Charlotte is survived by her sons: Kenneth Carl and Vicky Dawson of Cottonwood Falls, KS, Dennis Edward and Sharon Dawson of Cedar Point KS and Steven Bruce and Susan Dawson of Emporia, KS.  11 grandchildren and 21 great-grandchildren.

In lieu of flowers, memorials in Charlotte’s memory to the Chase County Historical Society or the Salvation Army may be sent in care of the Zeiner Funeral Homes, 205 Elm Street, P.O. Box 6, Marion, KS 66861.

To order memorial trees or send flowers to the family in memory of Charlotte Dawson, please visit our flower store.