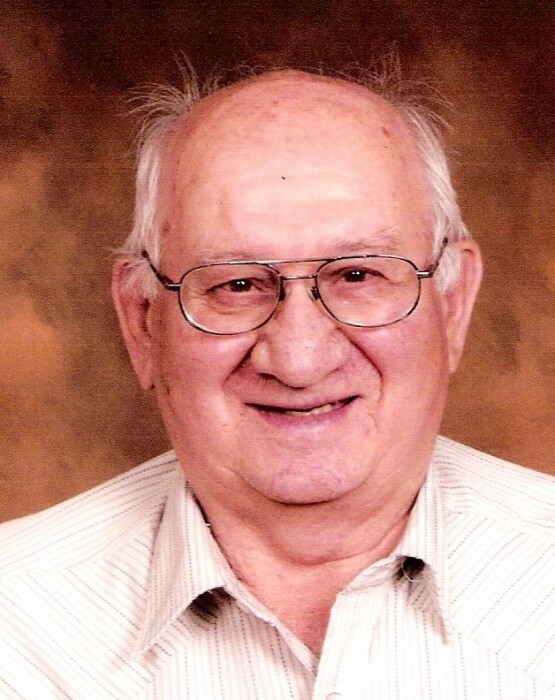 Clayton's life began on December 3, 1934 in Benton, KS.  He was the son of Arthur and Erlean G. (Berg) Hamm.  Clayton was a 1952 graduate of Marion High School.  He was united in marriage to Wanda Lubinus on November 22, 1953 in Claflin, KS and they enjoyed 66 years of marriage.  Clayton started his working life working for the Riddle Quarry and then later transitioned to hauling bulk milk, picked up on the farm and delivered to the dairy.  He worked for American Milk Producers when it was Tip Top Dairy, and later went to work hauling ice cream for Baskin-Robbins out of Hillsboro.  Clayton was happiest driving truck, hauling anything to anywhere.  Even in his retirement he went to work hauling wheat on the Siefert farm.  Clayton enjoyed NASCAR and driving trucks.  He was a good provider, husband, and father to his family.  Clayton's loving family includes his wife Wanda Hamm of Marion, children Shirley (John) Riffel of Newton, and Dennis (Grace) Hamm of Jefferson, SD; grandchildren Mandy (Brad) Thomas of Mission, Justin (Erin) Hamm of Logansport, IN, Jaque' (Dale) Schoenherr of Sioux City, IA, Jennifer (NIck Robinson) Smith of Logansport, IN and Daniel Delgadillo of Sioux City, IA; great grandchildren Nash, Jace, Dylan, Hunter, Taylor, Bella and Melody; brother Garry Hamm of Marion and several nieces and nephews.  Clayton passed away at St. Luke's Living Center on Monday July 27, 2020.  He is preceded in death by his parents, brothers Larry and Dale Hamm and sister Marjorie Hamm.  Friends and family are encouraged to pay their respects on Friday from 2-7 p.m. at Yazel-Megli Funeral Home, Marion where his funeral service will be held on Saturday at 10 a.m.  Clayton will be laid to rest in Marion Cemetery following the services.  Memorial contributions in his name may be directed to St. Luke's Living Center or Emmanuel Baptist Church, Marion.  Please sign his online guestbook and leave a memory of Clayton at www.ymzfh.com.

To order memorial trees or send flowers to the family in memory of Clayton Dean Hamm, please visit our flower store.