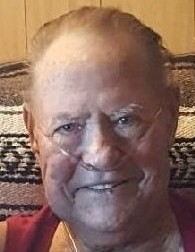 He has been a resident of Hope since 2011.  He worked more than 25 years at the Brookover Cattle Company, of Scott City.  He retired in 2001.  He enjoyed woodworking and fishing in his spare time.

He was preceded in death by his twin brother, Clinton R. Turner on May 7, 2018; a sister, Maxine Binns; and his parents.

On November 3, 2005, he married Wanda Marie Jennings in Scott City.  She survives of the home in Hope. Other survivors include: his children, Ron Turner (Teri), and Glen Turner of Scott City, Tonya Johnson, Aaron Lauxman (Tina), Larry Lauxman, and Tammy Smith, of Hope, and Toni Riffel (Marc) of Woodbine;  a sister in law, Margaret Turner of Scott City; nine grandchildren;  six great grandchildren, and many nieces and nephews.

A celebration of life service will be August 17, 2018, at Zeiner Funeral Home-Herington, with Pastor Gary Schrader, presiding.  Inurnment will follow at the Hope Cemetery.  Memorial donations are to the Tammy Walker Cancer Center; and they may be sent to:  Zeiner Funeral Home, 404 S. Broadway, Herington, KS, 67449-3038.

To order memorial trees or send flowers to the family in memory of Clayton R. Turner, please visit our flower store.