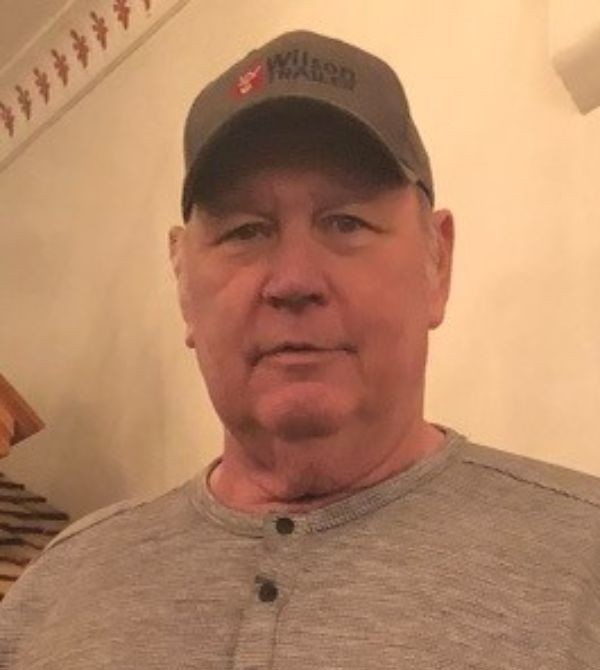 Dan’s life began on December 12, 1958, in Marion. He was the son of Ronald “Bunk” and Kathleen (Taylor) Ludwig. He was a 1976 graduate of Marion High School where he played defensive end on the football team. Dan went on to Butler County Community College and started on the football team at Butler as a defensive end. Dan was the owner of Ludwig Truck Lines in Florence continuing a 100-year-old tradition of trucking in the family. He was united in marriage to the former Cathy Douglas Jantzen on July 21, 2018, at the Christian Church of Florence. Dan served his community as a board member for the Florence Community Foundation and the Florence City Council. His younger days growing up in Florence were a bit more adventurous as he, his brother and a friend may have been responsible for a house burning down or the endless taunting of the neighbors’ pet racoon. Dan loved to eat out and attended lots of his nephews, nieces, and step grandchildren sporting events. He was also known as Santa or the Easter Bunny during the holidays around Florence. His greatest joy was his family. Dan is survived by his wife Cathy of Florence, his father Ronald “Bunk” Ludwig of Florence, daughter Brandy Cross of Missouri, step children Jeremy and Michele Gossen, Brian and Andrea Rice, and Ben and Dallas Jantzen; grandchildren Colton, Cade, Cale, Barrett, Collins, MacKenzie and Cole and his siblings Douglas Ludwig of Florence, Tawnya (Steve) Sokoll of Wichita and Rolana (Scott) Heidebrecht of Marion and several nieces and nephews.  Dan passed away on Tuesday February 22, 2022, at St. Francis Hospital in Wichita. He is preceded in death by his mother Kathleen. Dan’s family will gather with friends on Sunday February 27, 2022, from 2-5 p.m. at Yazel Megli Funeral Home, Marion. His funeral service will be held at the Christian Church of Florence on Monday February 28, 2022, at 2 p.m. led by Pastor Rick Rehmert of Grace Point Church, Peabody. Dan will be laid to rest in Hillcrest Cemetery, Florence. Memorial contributions in his name may be directed to the Florence Community Foundation or Grace Point Church, Peabody. Please sign his online guestbook and leave a memory of Dan at www.yazelmeglifh.com.

To order memorial trees or send flowers to the family in memory of Daniel "Dan" Ludwig, please visit our flower store.