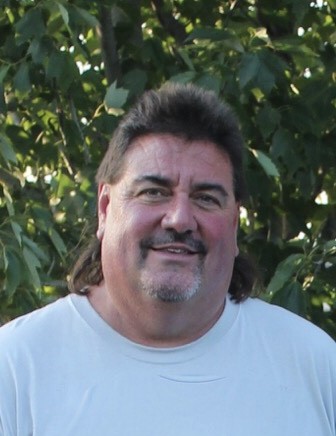 Darren Albert Wiebe was born on December 23, 1965, to Lloyd and Elma Wiebe. He was welcomed into the family by 2 older siblings, a sister, Charis and a brother, Lowell. Darren was a high energy boy and the family extrovert. He enjoyed being outdoors on the farm. Many activities occupied his time including building tree houses and forts, riding bikes, and building hay bale tunnels with his brother and sister.

One Sunday morning during Sunday School class time at Emmaus when Darren was a toddler, he and Mom were in a women’s class that was meeting in the kitchen at the former Emmaus Church building. Martha Thiessen was the teacher, and while she was presenting the lesson, Darren had taken a tissue out of Mom’s purse and was “polishing” the chrome drawer pulls on the kitchen cabinets. Martha stopped presenting her lesson and commented on how industrious Darren was. This desire to keep things neat and clean was evident throughout Darren’s life. He was meticulous about keeping farm machinery, pickups, and machine sheds clean.

Darren attended Countryside Grade School, and after Countryside closed, he completed his elementary years at Potwin Elementary School. During high school, Darren participated in basketball and music activities. Darren enjoyed being a member of the Remington Singers and playing the trumpet in band. He graduated from Remington High School in 1984. Darren attended Butler Community College and graduated in 1986 with an Associate of Arts degree in Agriculture.

On May 30, 1982, Darren became a member of Emmaus Church when he publicly shared his personal testimony of his faith in Jesus Christ and was baptized by Pastor Alvin Kleinsasser.  In 2015, he joined the Federated Church in Whitewater.

During his years at Butler Community College and after graduation, Darren worked for the Farm Service Agency Office in El Dorado and did bin and field measurements for government programs. He enjoyed having the opportunity to farm with Dad; he especially liked driving the combine during harvest.  In recent times, Uncle Kenneth Wiebe helped Darren with harvest activities by driving truck.

Darren enjoyed spending time with family and friends and was a generous gift giver. In his role as an Uncle, Darren enjoyed giving 4-wheeler rides to his nieces and nephews, attending sporting activities they were involved in and was generous with giving birthday & Christmas gifts. Darren was thoughtful and always gave Mom a dozen roses on Mother’s Day. From business acquaintances to high school friends, Darren was a faithful friend to others and had a wide circle of loyal friends. He enjoyed camping and boating at Harvey County East Lake on weekends with friends. Summer vacations would find him riding a 4-wheeler with a group of friends in the mountains near Ouray, CO.  He was an avid KU basketball fan and sometimes family events had to be scheduled around KU game times. Anytime the KU basketball team lost a game, you would want to “steer clear” of Darren for about 24 hours and let him recover from the “agony of defeat.”

Beginning in October 2018, Darren’s health began to decline. Darren persevered and tried different medical options that were available to him, but it became evident that the treatment options were not working. At the age of 52, Darren died peacefully on November 30, 2018, at Via Christi Hospital St. Francis in Wichita.

Our family would like to express our deep gratitude for your prayers and for the many expressions of kindness shown to us during this difficult time. The church families of both Federated and Emmaus have shown our family love and support. We also want to thank the compassionate medical staff and nurses who provided care for Darren. We will miss Darren, but we are comforted by the knowledge that he is in heaven with Jesus Christ.

To order memorial trees or send flowers to the family in memory of Darren A. Wiebe, please visit our flower store.