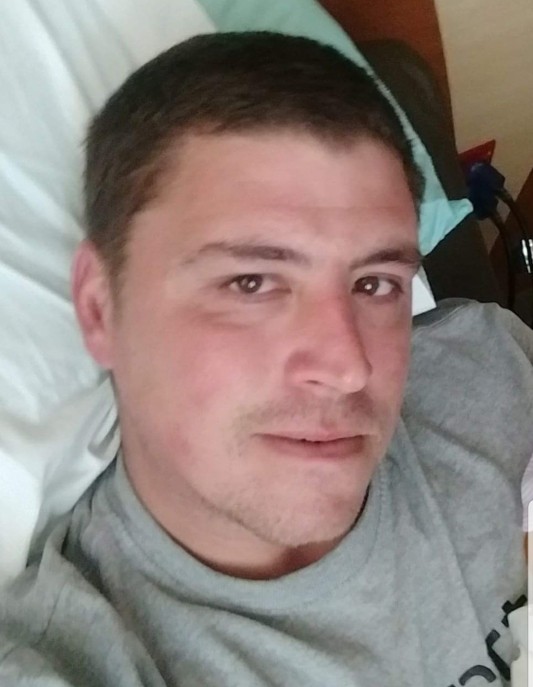 OBITUARY -  David Leon Dalme, 33, of Herington, died Sunday, April 7, 2019, from injuries received in a motorcycle accident.  He was born July 15, 1985, at Salina, Kansas, to George Dalme and Barbara Ann Jacobs.

He attended the Minneapolis and Herington Schools.  He was in the U. S. Army and Reserves and deployed twice, serving in Iraq and Afghanistan.  Five years ago, he went to work at Hodgdon Powder Company, as an equipment operator.  He was a member of the Hillsboro American Legion, Post #366.

He was preceded in death by his grandparents: Don and Donna Jacobs, Leo and Turkio Dalme, Fred and Alice Hoppe, and Walter and Rhoda Neumann.

Family will receive friends 4:30-8:30pm, Friday, April 12, 2019, at the Zeiner Funeral Home-Herington Chapel.  (Public viewing only at the funeral home-Friday.)

Following the cemetery services; there will be a reception at the American Legion Building located at Lake Herington.

Memorials to Jenna Williams for Stella Dalme’s assistance/education; and they may be sent to the Zeiner Funeral Home-Herington Chapel, 404 S. Broadway, Herington, KS, 67449-3038.

To order memorial trees or send flowers to the family in memory of David Leon Dalme, please visit our flower store.