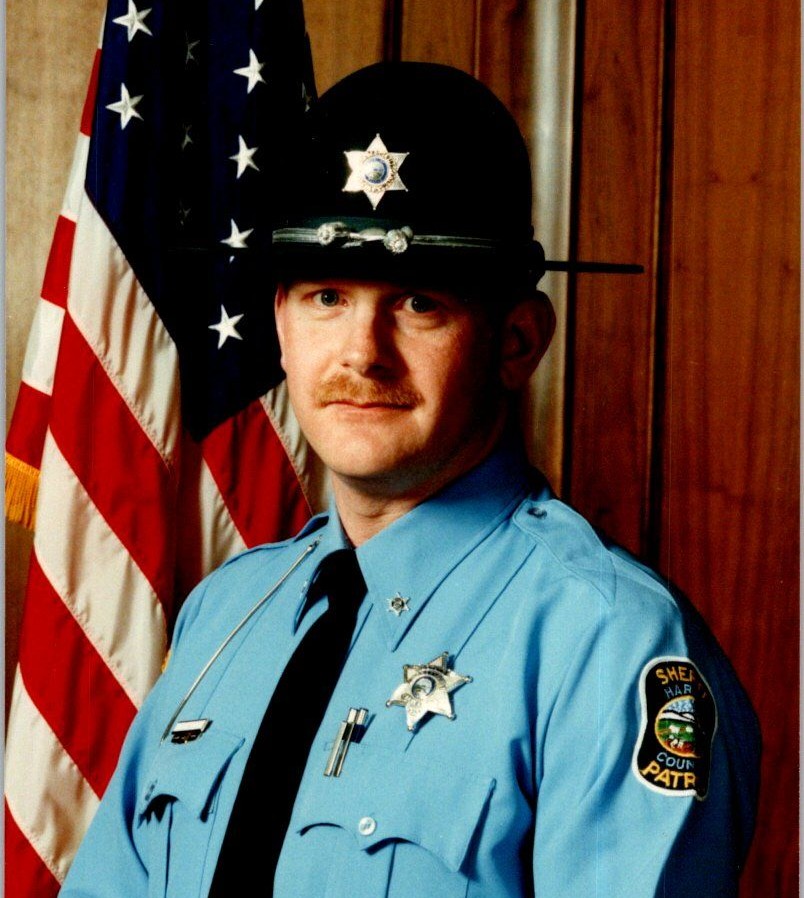 Dave’s life began on September 21, 1955, in Florence.  He was the son of Harold M. and Lois (Weyand) Huntley.  Dave is a graduate of Marion/Florence High School.  In his younger years, Dave loved to go skiing with his buddies at Marion Co. Lake.  He was a pheasant and quail hunter and enjoyed fishing.  Dave enjoyed motocross racing as a young man and had fun playing softball.  He was united in marriage to Erin Miller on January 15, 1991, at the Florence Christian Church, and they enjoyed 31 years of marriage.  Dave was nearly always employed in law enforcement after working a short time in his younger years at Hesston Manufacturing.  He was the Chief of Police in Florence and served Marion County as a deputy sheriff from February of 1985 to April of 1987 and again from January 2009 until his retirement in June of 2021.  Dave also served with the Harvey County Sheriff from April of 1987 until February of 2008.  Dave is survived by his wife Erin Huntley, sons Brandon Lee (Elizabeth) Huntley and David Huntley; siblings Jack (Geri) Huntley, and Kris (Galen) Hysom; sister-in-law Lola Huntley and several nieces and nephews.  Dave passed away on Tuesday August 30, 2022, at Via Christi St Francis Hospital in Wichita.  He is preceded in death by his parents and brother Mike Huntley.  Dave’s family will gather with friends on Saturday September 3, 2022, at 2 p.m. at Valley United Methodist Church for his memorial service led by Pastor Ron DeVore.  He will be laid to rest in Hillcrest Cemetery, Florence at a later date.  Yazel Megli Funeral Home, Marion is serving the family.  Memorial contributions in Dave’s name may be directed to the Marion Co. Sheriff’s Department K-9 Unit in care of the funeral home.  Please sign his online guestbook and share a memory of Dave at www.yazelmeglifh.com.

To order memorial trees or send flowers to the family in memory of David V Huntley, please visit our flower store.