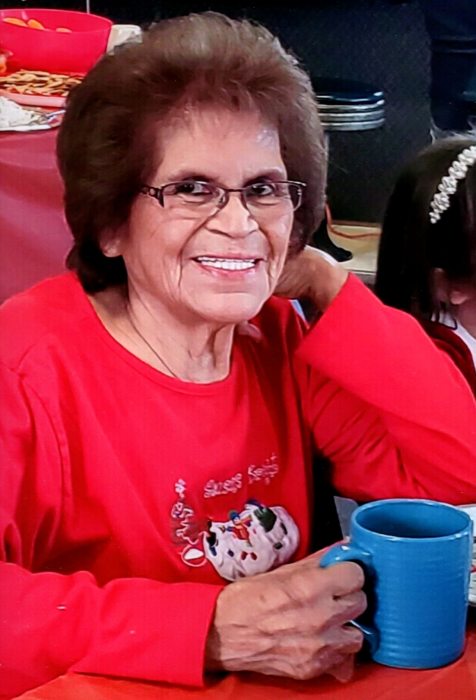 Dee graduated from Tonapah High School in Nevada.  On June 8, 1959, she married Manuel Alvarez in Herington, Kansas.  They were the parents of Sam, Theresa, Audrey, Diana, Tammi,  Vicki, and Mary Ann.  After Vicki went to school, Dee opened Al’s Café in Lost Springs.  As the business grew and became successful she built a new and larger facility to the west.  Currently, she was the owner and manager, of the famous “Al’s Café,” known all around for at least a hundred miles.

Visitation will be Friday, January 31, 2020, 6:00 – 7:25pm, at the Yazel-Megli-Zeiner Funeral Home-Herington Chapel, with rosary at 7:30pm led by Father Peter O’Donnell.  Funeral mass will be Saturday, February 1, 2020, 10:30am at the St. John Nepomucene Catholic Church, Pilsen, with Fr. Brian Bebak, officiating. Burial will follow at the Mount St. Joseph Catholic Cemetery of Abilene, with Fr. Don Zimmerman, officiating.

Memorials have been designated to Donor’s Choice; and may be sent in care of Yazel- Megli-Zeiner Funeral Home-Herington Chapel, 404 S. Broadway, Herington, KS, 67449-3038.

To order memorial trees or send flowers to the family in memory of Delora M. Alvarez, please visit our flower store.