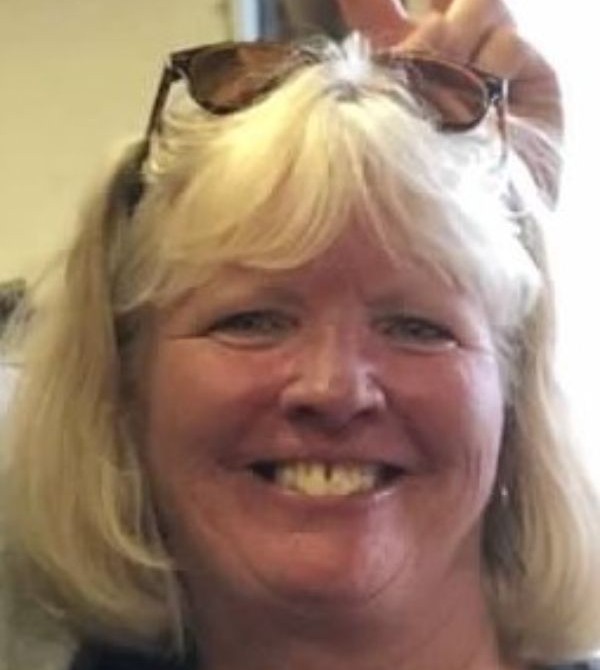 Dianne’s life began on January 9, 1960, in Florence. She was the daughter of Delano F. and Barbara Anne (Harbison) O’Dell. Dianne was a 1978 graduate of Marion High School. She worked for the Marion County Treasurer’s Office for several years as a clerk and had been the city clerk at Florence. Prior to working in local government, Dianne was a seismologist and worked in several and varied locations. Dianne was fortunate to have found love twice in her life, first to husband James Hinton, who preceded her in death and then to Don Burnett, who she married April 6, 1994, in Reno. Dianne was an expert homebody. She loved to be in her jammies, enjoying time with family. She was a fan of watching old western movies and enjoyed football, rooting on her NY Giants. Her greatest joy was her family which includes her husband Don of Marion, brother Mike O’Dell of Marion; nieces Erin (Shawn) Markley of Lee Summit, and Caitlin (Jake) Adkins of St. George, KS; and great nieces and nephews Ella, Lily, Logan, Reagan, Quinn, and Collins. Dianne passed away at her home on Thursday March 31, 2022. She is preceded in death by her parents, first husband James Hinton, and brother Scott O’Dell. Her family will gather with friends on Monday April 4, 2022, from 6-8 p.m. at Yazel Megli Funeral Home, Marion. Her graveside funeral service will be held on Tuesday April 5, 2022, at 2 p.m. at Hillcrest Cemetery, Florence. Memorial contributions in Dianne’s name may be directed to the Marion County Food Bank in care of the funeral home. Please sign her online guestbook and leave a memory of Dianne at www.yazelmeglifh.com.

To order memorial trees or send flowers to the family in memory of Dianne Burnett, please visit our flower store.