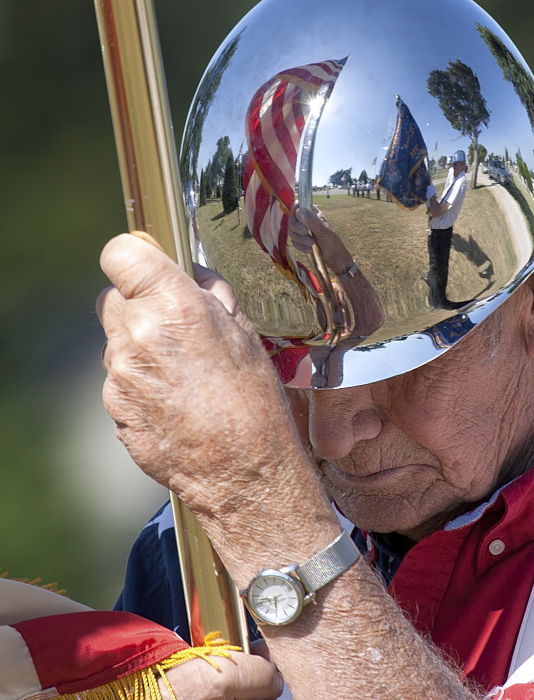 Donald (Don) Leslie Fruechting was born on August 19, 1931 to John Leslie (Les / J.L.) and Ada Krueger Fruechting.  He was the oldest of 4 sons.  His parents moved to Aulne when he was 6 years old, and lived in Aulne until 2003.  He was a lifelong member of the Aulne United Methodist Church.  He attended Aulne School for 8 years and graduated from Marion High School in 1949.

In 1952 he volunteered and enlisted with the United States Marine Corps. After attending boot camp in San Diego, California, he was sent to a communications school to learn how to use field telephones.  He was then deployed to Korea, where he served for 14 months until the armistice was signed on July 27, 1953.  After the deployment, he was sent back to San Diego for a year, and was honorably discharged in 1960 with the rank of sergeant.  He then returned home to Aulne and began farming with his dad in and around the Aulne area.

He met Madora Richmond, and they married on October 23, 1955. They raised 3 sons, Terry, Kevin and Michael (Mike).  Much of their life together consisted of farming, gathering eggs, raising 3 boys, and supporting the Aulne Church.  He served on the Marion County Farm Bureau Board, the USD 408 School Board, and in many rolls and positions in the Aulne Church.  This was interspersed with an occasional trip to the Rose Bowl, Mexico, Cuchara, or a swing through Nebraska, Wyoming and Colorado with their 3 boys in tow in a slide in pick up bed camper.

Madora passed away after a fight with cancer in 1995.  Don remained on the farm.  At an Aulne 4th of July celebration, he and Betty Harder Lange renewed an old friendship that led to their marriage on March 8, 1999.  They moved to Marion County Lake in 2004 after Don’s retirement.  Much of the next 10 years were spent traveling with their 5th wheel in tow, going on mission trips with the United Methodist Volunteers in Mission.  They had many adventures and developed many deep friendships with their fellow mission team members.  Don and Betty also enjoyed many happy hours fishing together at the county lake, and other locations from Canada to the Gulf of Mexico.  Don would often remark (with a hint of a grin) that Betty could always out-fish him.  That’s OK, because he would always catch the biggest fish on our fishing trips to Lake Texoma!

Don had a strong, quiet, and steady faith that sustained him through difficult times, especially after the losses of both Madora, and then Betty, and most recently as his health and vigor slowly declined.  He remarked not long ago that “if that door opens for me, I’m ready to step through it”.

2 Timothy 4: 7-8 NIV “I have fought the good fight, I have finished the race, I have kept the faith.  Now there is in store for me the crown of righteousness, which the Lord, the righteous Judge, will award to me on that day—and not only to me, but also to all who have longed for his appearing.”

To order memorial trees or send flowers to the family in memory of Don Fruechting, please visit our flower store.