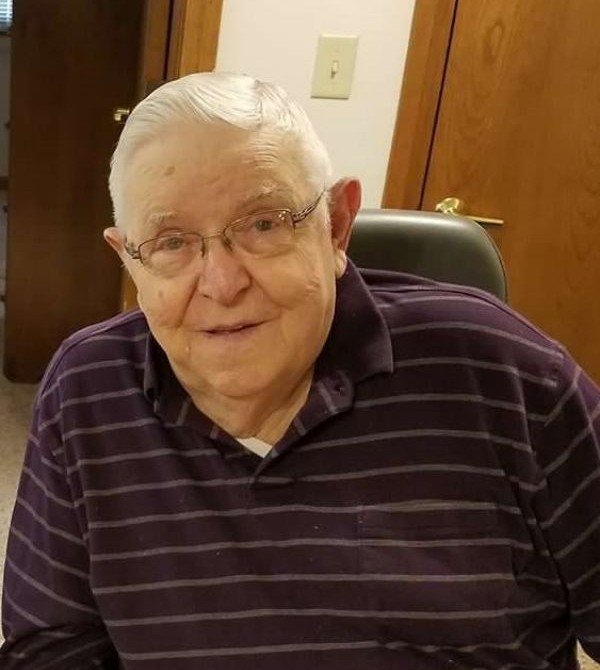 Donald Rex Clothier, 91, passed away on November 16, 2021 at Presbyterian Manor in Newton, Kansas. Rex was born on March 26, 1930 on a farm North of Sylvia, Kansas to Perry and Connie (Book) Clothier. He attended grade school in Stafford, attended and graduated from Hutchinson High School in 1948. He attended Hutchinson Community College before enlisting in the Air Force in 1951.

Rex attended basic training in Wichita Falls, Texas and was stationed at Lake Charles Air Force Base in Louisiana working on B-29 bombers that flew bombing missions from Korea to Okinawa. He was later stationed in Okinawa with the 307th Bomber Wing to work on aircraft that flew missions over Korea. He was also stationed in Goose Bay Labrador, Greenland and Saudi Arabia, returning to Lake Charles Air Force Base in 1955, where he was honorably discharged.

In July 1955 he entered the Kansas Highway Patrol school on the University of Kansas Campus in Lawrence. Rex met Pat Lang while working as the Driver’s License Examiner for Sedgwick County and Pat was working for the Internal Revenue Service. They were united in marriage on January 12, 1957 at First United Methodist Church in Wichita, Kansas. They were married for 38 years and raised four children.

Rex served on the patrol in Marion, Salina, Lyons, and Dodge City where he was promoted to Sergeant overseeing ten troopers. He retired in 1980 from the Patrol but continued to work. Rex worked for Farmland Insurance Company, was a Rural Mail Carrier in Dodge City and drove a school bus for Marion Unified School District. He spent many happy hours riding a lawn mower with his son, Greg.

Services will be held on Saturday, November 20, 2021 at 10:30 a.m. at Marion Christian Church with Carl Helm officiating. Yazel-Megli Funeral Home is serving the family. Memorials are requested to go to Marion Christian Church. Please sign his online guestbook and leave a memory of Rex at www.yazelmeglifh.com,

To order memorial trees or send flowers to the family in memory of Donald "Rex" Clothier, please visit our flower store.