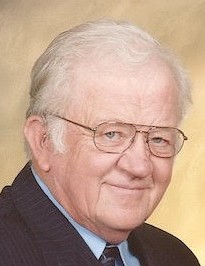 Donald’s life began on October 11, 1937 in rural Meade, Kansas. He was the son of Henry J. and Margaret L. (Classen) Isaac.  He graduated from Meade Bible Academy in 1956, and attended Grace College of the Bible in Omaha, Nebraska. He met Irene Juliette Siebert at Meade Bible Academy and they were married on August 22, 1958, in Ulysses, Kansas. Don was a farmer and rancher in Meade, Kansas and remained on the family farm until moving to Presbyterian Manor in Newton, Kansas. Don also owned and operated Isaac Custom Hay with his son Byron. He and Irene also owned and operated Napa Auto Supply in Meade. He was a member of Emmanuel Mennonite Church in Meade and attended Koerner Heights in Newton until they could no longer attend. He loved watching sports, especially KU Basketball. Don was also an avid Meade Buffalo fan, rarely missing a game, until they moved.

He leaves behind his loving family which includes his children and their spouses, Rick and Gwen Isaac of Colorado Springs, Colorado, Myra and Brent Bergen of Newton, Byron and Patti Isaac of Sublette, Kansas and Stephanie and Bill Clinesmith of Cimarron, Kansas; 25 grandchildren; 20 great-grandchildren.

He was preceded in death by his parents; wife Irene of 62 years; brother, Harvey, and two infant brothers, Harry and Levi; sisters, Esther Wiens, Rosella Ediger and Erna Hedstrom; and grandson, Collin Isaac. Don passed away peacefully on Thursday, March 18, 2021, at the age of 83 years old.

His family will gather with friends at Lamb Funeral Home, 120 S. Main Street, Whitewater, Kansas, on Tuesday, March 23, from 1-2 p.m. A graveside service will follow at 2:30 p.m. at the Whitewater Cemetery. A celebration of life service will be held at New Hope Bible Church 11215 W 13th, Wichita, Kansas at 4:00 p.m. with Pastor Ken Harder officiating.

To order memorial trees or send flowers to the family in memory of Donald Gene Isaac, please visit our flower store.