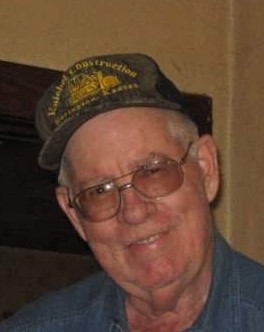 Donald's life began on August 15, 1934 in Hiawatha, KS.  He was the son of Percy and Dola (Burnett) Starr.  Donald was a 1952 graduate of Herington High School.  Shortly after high school graduation, Donald enlisted in the United States Marine Corps for four years of honorable duty, then transferred to the United States Air Force in 1956 until his retirement in 1973.  After serving his country for 22 years, Donald went on to civilian life taking a few jobs until he started work for the Herington Police Department and served the community of Herington for 17 years. Donald was united in marriage to the former Jennifer Ward on June 4, 1960 at the Baptist Church in Herington and they enjoyed 59 years of marriage.   Never one to sit idle, Donald loved running errands around town or to the other side of the county.  He knew someone everywhere he went and enjoyed each conversation he had along the way.  Donald was an avid hunter and fisherman.  He referred to being outdoors in God's creation as his "Sunday" church.  His greatest joy was his family which includes his wife Jennifer Starr of Herington; children Cindy Starr of Herington and Paul (Brenda) Starr of Burdick; grandchildren Crystal Phillips of Herington, Briar Starr of Burdick and Dalton Starr of Oakwood, GA; great grandchildren Mia Lee Cambron and Paschaul Herrera V.  Donald passed away on February 29, 2020 at Valley View Senior Living in Junction City.  He is preceded in death by his parents and a brother Edwin Starr.  His family will gather with friends on Friday at 2 p.m. at Sunset Hill Cemetery, Herington for his memorial graveside service with military honors rendered by the United States Air Force.  Yazel- Megli- Zeiner Funeral Home, Herington is serving the family.  Memorial contributions in Donald's name may be directed to the Parkinson Foundation or Accord Hospice.  Please sign his online guestbook and leave a memory of Donald at www.ymzfh.com.

To order memorial trees or send flowers to the family in memory of Donald Eugene Starr, please visit our flower store.