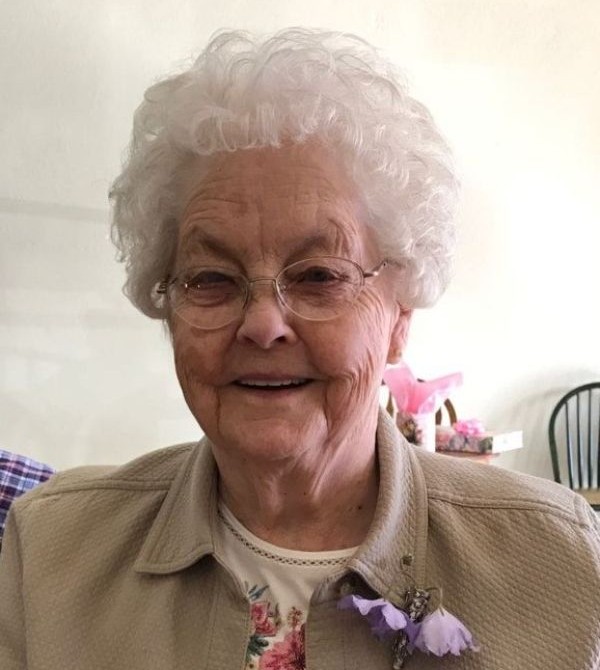 Donna Lee Ida (Harcey) Wright was born in Uti­ca, Minnesota, on March 4, 1934, as the 6th of 11 children to Ralph and Ruby (Small) Harcey. As a farm girl, she learned early how to lovingly invest in her family. She was a good student and always valued her education. Reading became her life-long passion, especially in later years, when chores no longer consumed her days.

She accepted Christ as her Savior as a child through the Rural Bible Crusade missionary. As she helped with VBS by leading music, she made a personal commitment to Christ, and began serving Him by teaching Sunday school and children’s clubs soon after.

Donna graduated from St. Charles High School in 1951. Donna attended Midwest Bible and Missionary Institute for the purposes of preparing for the mission field. There she met Richard Wright, her husband, who was also preparing for Christian service. Richard and Donna married July 17, 1954, in an outdoor wedding in St. Charles, MN and returned to resume their college education. Though Richard and Donna farmed in early married life, Richard was soon called to the pastorate. In their 67 years of marriage, they served in five different churches in various denominations, always ready to teach the Scriptures. Donna is remembered by her children as the children’s church teacher, carefully walking through the Old and New Testaments with her flannelgraph stories. In addition, the pastor’s wife was found leading Christmas programs, providing special music, preparing newsletters, and doing office work. Richard, her husband, credits his success to her partnering with him in service.

When asked what career Donna had, the answers are varied. She has been a pastor’s wife, accountant, store owner, cook, school teacher/daycare director, and always a faithful housewife and patient mother. Her nurturing spirit drew all who knew her to love her. She frequently inquired about the concerns and activities of her friends and family and maintained an active relationship with them.

Donna was a lovely soprano, but enjoyed trios over the years. When the family prepared to travel and sing as a support to Dad’s ministry, Donna taught separate parts to the children, so that duets, trios, quartets and fam­ily numbers all had their harmonies in concert. On her last birthday, the entertainment was the family singing Mom’s favorite hymns and songs in close harmony.
Christian education was important to Donna. She completed her Bachelor’s degree from Liberty University in 1994, fulfilling her life-long dream and enabling her to teach in St. Charles Christian School. Each of her children also attended Christian high school and Christian college, with a design toward being ready to serve the Savior. Those investments and many prac­tical conversations about living for Jesus gave a Biblical worldview to her children, which has since passed on to her grandchildren. All five children have been involved in Christian ministry full-time, either in missions or Christian education. Her grandchildren continue the legacy of being involved in education and/or church ministry. Her legacy is described in Ps 61:5 “For you, O God, have heard my vows; you have given me the heritage of those who fear your name.”

Donna passed quietly into the Savior’s arms on October 29, 2021. Donna was preceded in death by her parents and eight of her ten siblings. Her family will gather with friends on Friday, November 5, from 12 noon -2 p.m. A Celebration of Life Service will follow at 2 p.m. both at Whitewater Community Church, 703 E. Central, Whitewater. Interment in Whitewater Cemetery, Whitewater, KS.

To order memorial trees or send flowers to the family in memory of Donna Lee Wright, please visit our flower store.