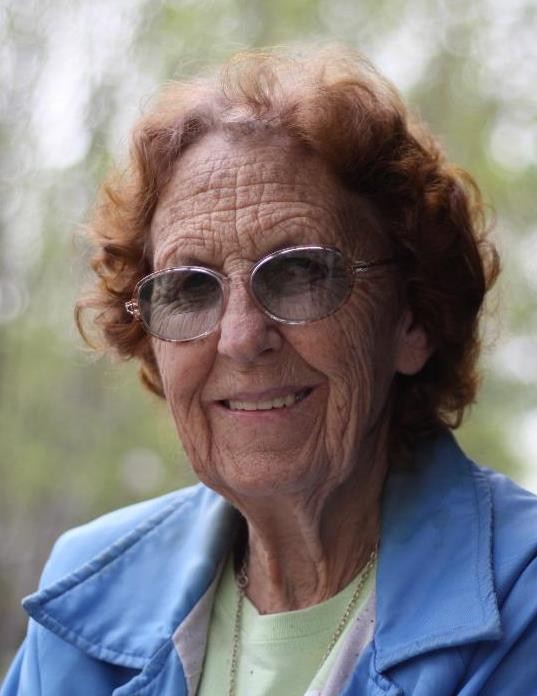 Lincolnville –Dorothy Albrecht, 91, died Thursday, April 25, 2019, at the Legacy of Herington, Kansas. She was born January 2, 1928, on her family farm near Lyons Creek Church on Highway 4.  She was the middle child of Walter and Leona (Stroth) Lietz.  She grew up with an older sister, Bernice, and a younger brother, Willard.

On September 12, 1948, she was united in marriage to Erano John William Albrecht, at the St. John Lutheran Church, Lyons Creek. Three children were born to this union, Redge, Craig, and Brenda.  They made their home near Lincolnville.  She was a hard-working, dedicated farm wife teaching her children everything she knew about life and growing up in the country.

She is preceded in death by her husband, Erano, on September 29, 2013, sister, Bernice Krop, brother, Willard Lietz, and parents.

Funeral services will be 10:30am, Monday, April 29, 2019, at the St. John Lutheran Church of Lincolnville, with Rev. Alan Stahlecker, officiating. Burial will follow at the Lincolnville Cemetery.  Family visitation 6:30-8pm, Sunday, April 28, 2019, with prayer service 7:00pm, at the Zeiner Funeral Home-Herington.

Memorials have been designated to St. John  Lutheran Church-Lincolnville; and may be sent to Zeiner Funeral Home-Herington, 404 S. Broadway, Herington, KS, 67449-3038.

To order memorial trees or send flowers to the family in memory of Dorothy Rose Albrecht, please visit our flower store.