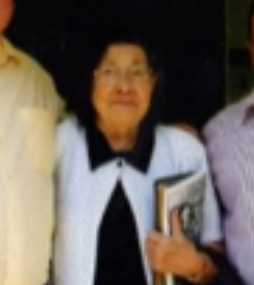 Dorothy’s life began October 17, 1922, in Long Island, NY. She was the daughter of Albert and Sophie (Pluck) Kohler. Dorothy was united in marriage to Raymond W. Welch until his death in 1982. Dorothy’s life consisted in doing her Lord’s work. She was a preschool teacher in an Assembly of God preschool, and she also was very active in her beloved church in Concord, GA. Dorothy was a faithful member of the Friendship Presbyterian Church in Concord and was active in church functions for many years. Even though Dorothy had lived in several states, her heart was in Georgia. Her loving family includes her grandchildren Joey (Valerie) Thiel of Thomaston, GA, George (Tracy) Thiel of Ramona, KS, Jimmy (Janie) Thiel of Herington, KS, and Johnny (Melissa) Thiel of Herington; great grandchildren Ben, Amanda, Jessie, Dallas, Katie, Anthony, Jason, Jared, Kristin, Jacob, Kody, Kaitlin, Kaley, Lauren, Dalton, Michael, Joey, and Chris; and several great grandchildren. Dorothy passed away on November 16, 2021, at Legacy of Herington. She is preceded in death by her parents, husband, daughter Cathy Thiel, and great grandson Jonathan and all her siblings. Her family will gather with friends at a later date at the Friendship Presbyterian Church in Conrad for her memorial service. She will be laid to rest next to her husband in the Friendship Presbyterian cemetery following the service. Yazel-Megli Funeral Homes, Herington is serving the family. Memorial contributions in Dorothy’s name may be directed to the Friendship Presbyterian Church in care of the funeral home. Please sign her online guestbook and leave a memory of Dorothy at www.yazelmeglifh.com.

To order memorial trees or send flowers to the family in memory of Dorothy Kohler Welch, please visit our flower store.