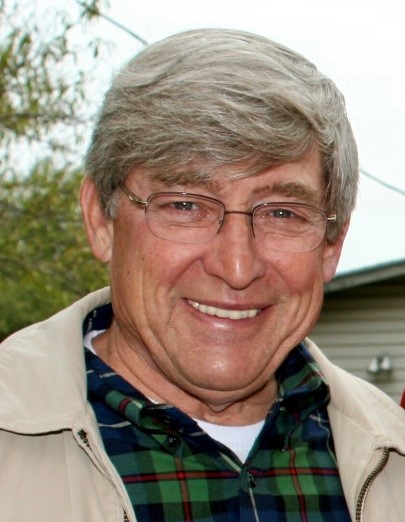 After graduating from South Wichita High School in 1963, he joined the U.S. Navy settling into the Naval Amphibious Base at Little Creek in Virginia Beach, VA. In the fall of 1966, he married the love of his life, Rita (Urbanek) Taylor, in Pilsen, Kansas. He was honorably discharged in 1969, and started his career in the mobile home industry in Virginia. Doyle and Rita welcomed their first child, Doyle Thomas Taylor in 1972. They returned to Wichita and had their second son, David Martin Taylor, in 1975.

The family then moved to Winfield, KS for a few years followed by Woodward, OK where he proudly owned and ran his own mobile home and RV business until the 1980s Oil Bust. In 1985, they moved further south and ended up planting roots in Belton, TX.  In the following years, Doyle continued to work in recreational vehicle and mobile home industry. He travelled across the southwestern states establishing dealerships, selling camping vehicles and building friendships. Doyle retired from Forest River Inc. in 2010 with over 40 years in the industry.

In preparation for retirement, Doyle and Rita moved back to the Urbanek/Krotz family farm in Pilsen, KS. For years, they would travel to Colorado to enjoy the beauty of the mountains and the cooler temperatures. When the farm became too much to maintain in 2017, Doyle and Rita moved closer to Tom in Magnolia, TX.

Doyle’s greatest joy was spending time with family and friends. He loved watching and joking around with his grandchildren, some of his fondest memories were spent with the entire family together during the holidays. He loved telling stories about his family, his friends and customers. He enjoyed race cars, dogs, Jayhawk basketball and keeping up with NASCAR.  He felt comfortable in the local coffee shop, a basketball game or church and meeting the people of the communities where he lived.

Doyle is survived by his loving wife Rita, his oldest son Tom and his wife Rhina, his youngest son David and his wife Carla, and his five grandchildren (Joana, Hudson, Holden, David and Jacey).

Memorial Services will be held Wednesday, May 29th at 10:30 a.m. at Zeiner Funeral Home in Marion, KS and will be officiated by Matt and Denise Hall, followed by a military burial at the Pilsen Cemetery. A luncheon will be held afterwards at St. John Nepomucene Church.

To order memorial trees or send flowers to the family in memory of Doyle Taylor, please visit our flower store.