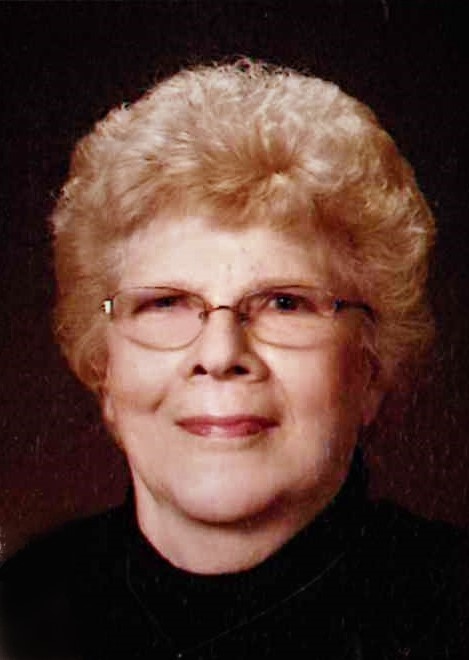 She was born April 26, 1,935 at McPherson, Kansas, the daughter of Vernon and Lois Fortner Perkins. She grew up in McPherson county living in the Galva community and McPherson. She was a graduate of McPherson High School.

On March 24, 1954, she was married to Jim Magathan at Marion. They made their home in Marion where Earline worked for the ASCS office for thirty years retiring in 1992.

She was a member of the Valley United Methodist Church and the Neo-Century Club both of Marion.

She was preceded in death by two sisters and four brothers.

She is survived by her husband Jimmy Sr. of Marion; sons Jim and Rita of Emporia; Monte of Marion; Kerry and Kathleen of Wichita; a daughter Denise Magathan of Whitewater, Kansas; sisters Nadine Bonham of McPherson; Mary Kluss of Nickerson; and Erma Perkins of Lousiana; eight grandchildren and two great-grandchildren.

The funeral service will be 10:00 a.m. Thursday, September 27, 2018, at the Vally United Methodist Church, Marion. Interment will be at the Hillcrest Cemetery at Florence, Kansas.

Memorial contributions in memory of Earline can be made to the Alzheimer’s Disease and related disorders in care of the funeral home.

Friends may call Wednesday at the funeral home from 1 – 6 p.m.

To order memorial trees or send flowers to the family in memory of Earline Magathan, please visit our flower store.