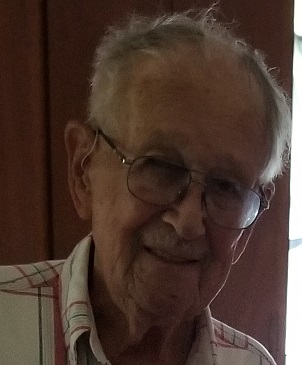 Edmund's life began on February 5, 1928, the son of Paul and Anna (Urbanec) Silhan on a farm in rural Marion, Kansas near Pilsen. He grew up on a small farm with his mother and brother, having lost his father at a very young age. He graduated from Lincolnville High School and was on his way to serve in WWII when he was turned around at the Kansas City train station where he was told the war was over. He married Helen T. Vinduska on May 7, 1955, in Pilsen.

He was employed by Boeing Aircraft for over 40 years working on top secret projects and the lunar rover. He once saved the life of a co-worker who was lying on the floor, choking on peanuts, turning blue. After his retirement he and Helen enjoyed vacations to national parks and his favorite was boating on Table Rock Lake. He enjoyed vegetable and flower gardening. Always a farmer at heart where he enjoyed the peacefulness and quiet found there. He was a unique individual always willing to help family, friends and neighbors. He will be greatly missed.

His survivors include his loving wife, Helen of 64 years; daughter and her husband, Debbie and John Ferguson of Edmond, Oklahoma. He was preceded in death by his parents, and a brother, Florian Silhan. Edmund passed away peacefully on Wednesday, July 31, 2019, having reached the age of 91 years old.

His family and friends will gather on Thursday, Augusta 8, at 10:30 a.m. for his rosary prayers followed by Mass of Christian Burial at 11 a.m. both at St. John Nepomucene in Pilsen. He will be laid to rest in the church cemetery.

Memorial contributions in his name may be directed to The Father Kapaun Legacy Fund. Yazel-Megli-Zeiner Funeral Home, Marion is serving the family. Please sign his online guest book and leave a memory of Ed at www.ymzfh.com

To order memorial trees or send flowers to the family in memory of Edmund H. Silhan, please visit our flower store.