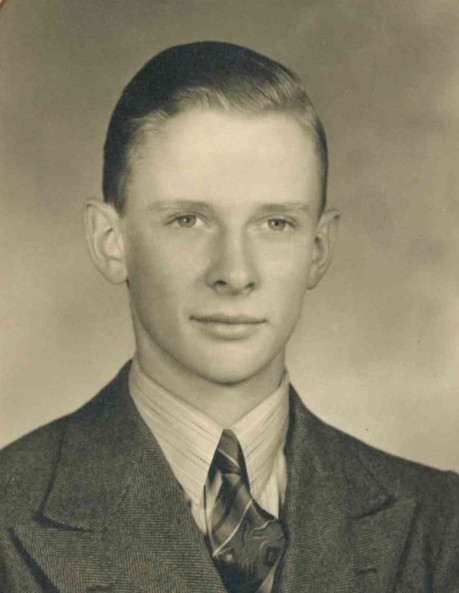 Edward W. McGinness, 95 of Marion, passed February 6, 2018 at St. Luke Living Center in Marion.  Ed was born August 11, 1922 in Aulne to William E. and Nancy (Larsen) McGinness.  He was a lifelong resident of the Aulne/Marion area and was engaged in farming and worked for the Marion County ASCS office.   Ed married Ruth (Klein) McGinness on August 29, 1948 in Marion and have 2 children.

Services for Mr. McGinness will be held on Friday, February 9, 2018 at 1:00 p.m. at Aulne United Methodist Church in Aulne.   Burial with military honors will follow the service at Prairie Lawn Cemetery in Peabody.  Visitation will be held on Thursday, February 8, 2017 at the funeral home.  Memorial contributions in Ed’s name can be made to St. Luke Living Center and can be sent in care of Zeiner Funeral Home, PO Box 6, Marion, KS 66861.  Online condolences at www.zeinerfuneralhomes.com

To order memorial trees or send flowers to the family in memory of Edward Wayne McGinness, please visit our flower store.