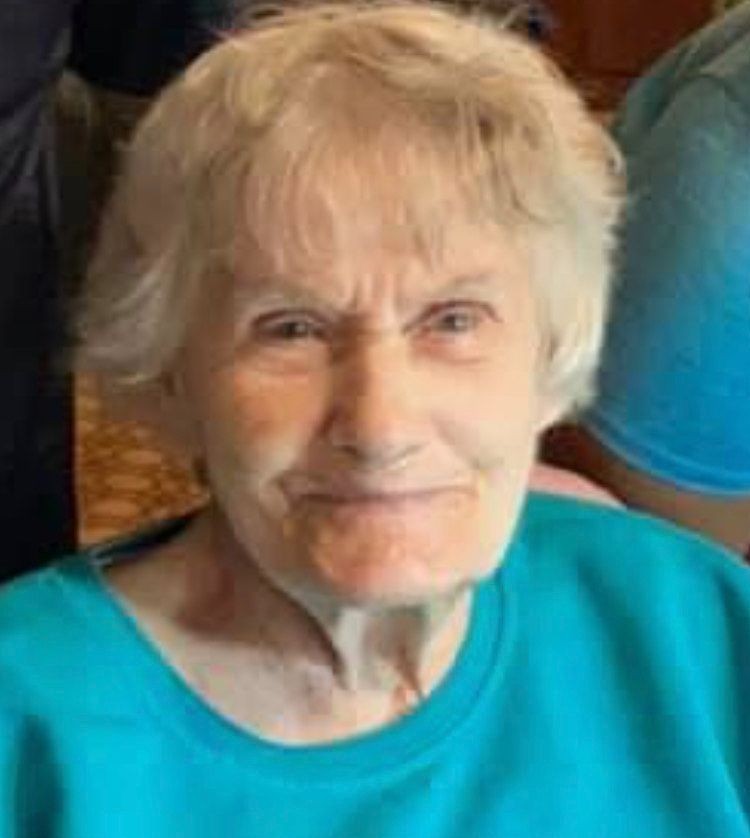 Elaine Maxine (Engel) Guimond 93, of White City, Kansas passed away on September 20, 2022, at the Morris County Hospital. She was born on October 5, 1928, to Louis and Marie (Hickey) Engel on the family farm in rural Herington. Elaine attended File Elementary Country school. Later in life she worked as a nurse’s aide at the old Junction City Hospital. Elaine married Richard Guimond Sr. in Whitman Massachusetts on March 23, 1953. Richard was in the United States Airforce. To this union was born three sons: Richard Jr., Garry, and Mark. During her years growing up Elaine helped on the family farm working in the fields and helping with gardening. After returning to White City, she worked at the local grocery store Vernon Rose Market and then Perry Moore’s Market until she retired. Elaine loved animals of all kinds, she enjoyed the outdoors, visiting with friends, and being with family. Elaine’s birth mother passed away and Louis married Margret (Christman) of Topeka who helped raise Elaine and her siblings. Later she gained three brothers and two sisters from that union. Elaine was a member of the Parkerville Baptist Church and White City Chapter #421 Order of the Eastern Star of Kansas. Elaine was preceded in death by her parents and her husband Richard Guimond Sr. Elaine is survived by her 3 children, 4 grandchildren, and 8 great-grandchildren; sons Richard Guimond and wife Pam, Garry Guimond, Mark Guimond and wife Paula; grandchildren & great-grandchildren: Joni, Jeffrey, Journey, and Jeremiah Peterson, Chad Guimond, Brooke, Mylin, Bektin, and Huxton, Louis Guimond, Braxton and Landon, Kelsey Bergeron, Micaiah, Kaelynn, MaKinzie, and baby on the way . A private family graveside service will be held. Memorial contributions may be made to the White City Senior Citizen Center. They may be sent in care of Yazel-Megli Funeral Homes Herington Chapel; 404 S Broadway Herington, KS 67449. Please sign her online guestbook and leave a memory of Elaine at www.yazelmeglifh.com

To order memorial trees or send flowers to the family in memory of Elaine Maxine Guimond, please visit our flower store.