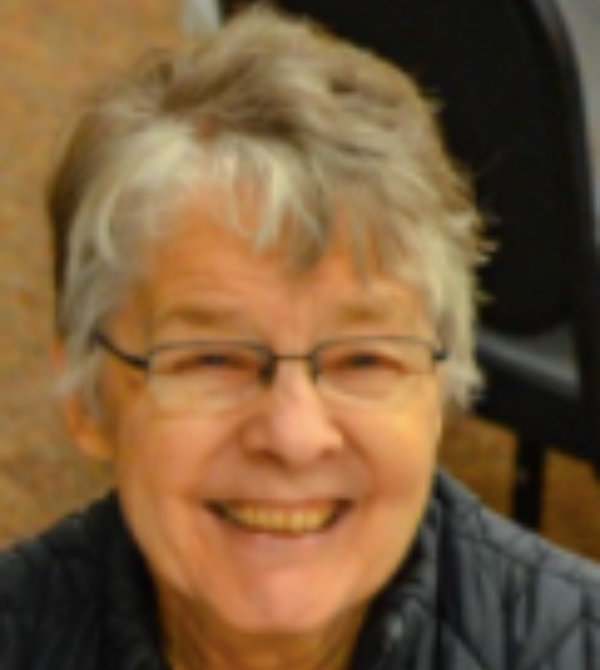 Eleanor was born on December 20, 1938, along with twin brother, Edwin, in Newton, Kansas. The twins, born approximately 2 months early, were a surprise to their parents, Albert H. and Bertha R. (Regier) Busenitz, who were expecting only one beautiful baby. Eleanor grew up in a Godly home and trusted Christ as her Savior at an early age. Her decision to follow Christ became the center of how she viewed and practiced life.


Eleanor attended the rural one-room District 85 grammar school and went on to graduate from Berean Academy High School in 1957. During her high school years, she began dating Delmer Wiebe, but due to his upcoming commitment to spend two years in Paraguay for voluntary service, she attended Grace University in Omaha, Nebraska. Upon Delmer‘s return from Paraguay, Eleanor and Delmer married on November 27, 1959 and settled in the local area. Together, they were blessed with four children and eventually, the family expanded to 9 grandchildren and 8 great grandchildren at the time of her death.

Eleanor was a promoter of hard work and discipline, never shying away from the responsibilities and obligations that come with being the oldest of eight children growing up on a farm. She often shared and repeated slogans which she learned during her childhood years. These “mom-isms” were short and simple but important messages which helped shape her children during their years at home. A less than energetic look during a chore or task was met with the phrase “Work is a blessing,” or a spilled glass of milk would initiate “Haste makes waste.”

Eleanor loved to challenge others with riddles, and enjoyed writing poems that she delivered to each of her children, grandchildren, and great-grandchildren on their birthdays. She also had a real heart for elderly people. She and Delmer were part of a group that ministered at nursing homes in Newton on the 3rd Sunday of the month for many years. In addition, on Halloween, we children went trick or treating to the homes of elderly people in the community, and she required us to sing a hymn for them before they gave us a treat. Baking was something Eleanor really enjoyed too. She loved baking yeast breads and often shared her delicious baked goods with her family and friends, which became her way of encouraging others. She enjoyed looking through cookbooks to find new recipes that sounded fun to make. Eleanor also loved the radio, listening to hymns and Christian programming while she worked. The radio was on from morning to night, allowing her to keep up with the news and to be encouraged by Christian radio speakers and good music. Many times she took notes of things she wanted to remember.

Eleanor developed a mental toughness dealing with a variety of health issues that included lifetime effects of seizures from scarlet fever at age 7, type I diabetes at age 26, breast cancer, triple bypass surgery, near blindness, as well as the recent effects of dementia, but she never lost her faith or joy in living life.

Eleanor passed away on Friday September 3, 2021, at Schowalter Villa in Hesston. She is preceded in death by her parents, infant sister Eldena Busenitz, grandson Kameron Wiebe, sister-in-law Tena Busenitz, and brother-in-law Eric Erickson.

Visitation will be on Wednesday, September 8th from 6:30 to 8:30 p.m. where family will gather with friends at the Emmaus Church. Eleanor’s graveside service will be held on Thursday, September 9th, at 10:00 a.m. at Old Emmaus Cemetery. Her funeral will follow at 11 a.m. at the Emmaus Church. Lamb Funeral Home is serving the family. Memorial contributions in Eleanor’s name may be directed to Berean Academy or Schowalter Villa. Please sign her online guestbook and leave a memory of Eleanor at www.yazelmeglifh.com.

To order memorial trees or send flowers to the family in memory of Eleanor Ruth Wiebe, please visit our flower store.