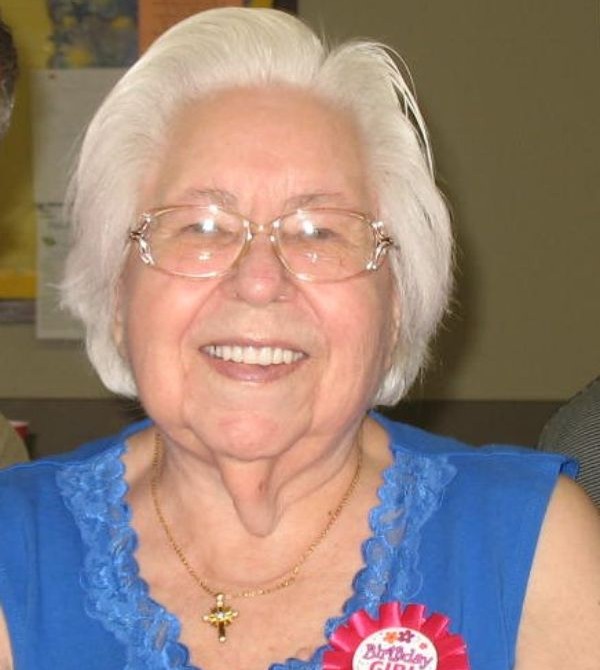 Esther’s life began on August 19, 1924, on the family farm near Peabody, KS. She was the daughter of Granville and Sylvia (Jarvis) Liggett. Esther was united in marriage to Robert Bowen in 1942 in Peabody, KS. Esther worked for many years as a nurse’s aide in area nursing homes in Florence, Peabody, and Marion. She was a wonderful crocheter, creating tablecloths, dolls and blankets for family and friends. Esther enjoyed playing cards, word games and especially enjoyed her grandchildren. Her greatest joy was her family which includes her children Sonny Bowen of Alamogordo, NM, Gertrude Malm of Goessel, Mary Lou (James) Cogdill of Marion, Dan (Janet) Bowen of Moundridge, Elizabeth Johnson of Hillsboro and Nancy Shanklin of Florence, numerous grandchildren, great grandchildren, and great great grandchildren. Esther passed away on Tuesday August 17, 2021, at home. She is preceded in death by her parents, husband Robert, two sons Phillip and John Bowen and several siblings. A private family graveside will be held at a later date. Yazel- Megli Funeral Home is serving the family. Memorial contributions in Esther’s name may be directed to Good Shepherd Hospice. Please sign her online guestbook and leave a memory of Esther at www.yazelmeglifuneralhome.com.

To order memorial trees or send flowers to the family in memory of Esther M. Bowen, please visit our flower store.