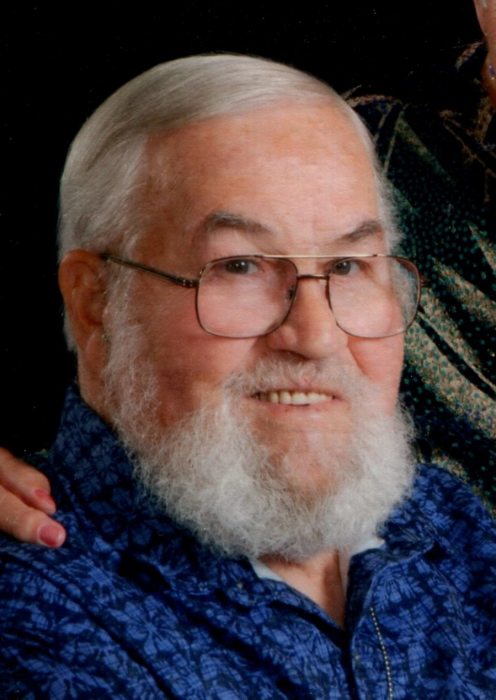 HERINGTON - Everett Kolling of Herington departed this life, Tuesday, November 20, 2018, at the Memorial Hospital in Abilene.

Everett Lee Kolling was born on July 14th, 1933 south of Abilene, to Albert “Dude” Kolling and Mabel (Ross) Kolling. He was raised in and around Abilene and graduated from Abilene High School in 1951. Everett went to work for the Railroad the day after graduation and then was drafted into the Army on October 14th, 1953. Most of his two years of service was spent in Virginia at Fort Eustis. After the Army Everett went back to the railroad and was promoted to engineer on November 13th, 1961. While working for the railroad he was elected President of the Union Pacific Junior Old Timers General Committee. On August 31st, 1958, he married Rhea Jane Timm of Woodbine. They had two children, daughter Stacey Berndt and husband Phil, son Tim Kolling and his wife Amy, and four grandchildren Torey and Chance Berndt, and Brett Everett and Payton Kolling.

Everett was Past President of the Abilene and Smoky Valley Tourist Railroad. He was Past President of the UTU Union in Herington. He served as City Commissioner in Herington, County Commissioner for Dickinson County, and Herington USD 487 School Board.  He was a member of St. Paul Lutheran Church, Herington Kiwanis, Herington Civic Club, Herington Hoedowners Square Dance Club, Chairman in charge of the Herington Blood Drive, Blue Lodge Masons of Abilene, Commandery and Chapter and Council of Masons, and ISIS Shrine Temple all of Salina. He was a Past Leader for Lyon Prospector 4-H club. Everett has enjoyed portraying Santa in his retirement years for thousands of children.

Everett was one of 8 children, preceding him in death were Donald Kolling, Delores Rider, Kenneth Kolling, Curtis Kolling, and his parents.

Funeral services will be 10:00am, Tuesday, November 27, 2018, at St. Paul Lutheran Church in Herington.  Masonic committal will follow at the Sunset Hill Cemetery.  Family will receive friends 6:30 – 7:30pm, Monday, November 26, 2018, at the Zeiner Funeral Home-Herington.  Memorials are to the Abilene & Smoky Valley Railroad and may be sent in care of the funeral home at 404 S. Broadway, Herington, KS, 67449.

To order memorial trees or send flowers to the family in memory of Everett Lee Kolling, please visit our flower store.