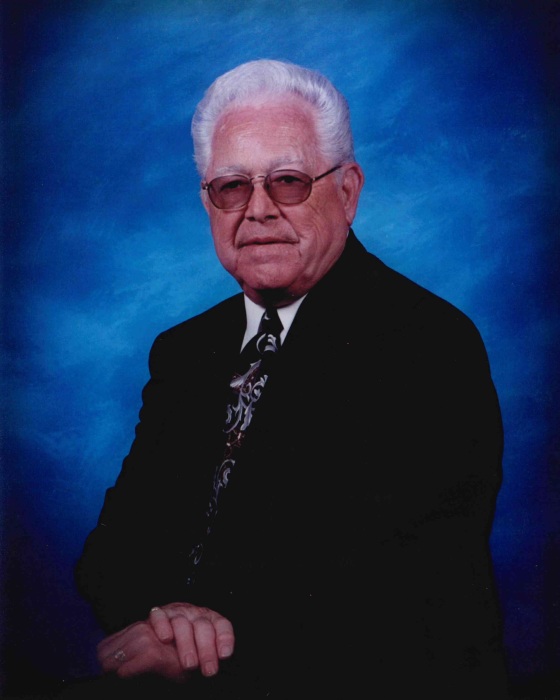 Forrest L. Kelsey age 89 passed away Monday, February 12, 2018, at his home in Marion, Kansas. Forrest was born in Marion, Kansas on February 5, 1929, the sixth child of Marion Earl and Blanche Cecelia Roberts Kelsey.

He attended the Wren Country School on Pilsen Road. After a fire in their country home, they moved to Marion and he attended the Hill, Bown Corby, and Marion High School. After completing his senior year of high school with the class of 1948, he enlisted in the United States Army Band and was stationed in Fort Riley, Kansas where he took Basic Training. Upon transfer to Mechanized Calvary duty, he was sent to Japan and served as Clerk to General Douglas MacArthur and also General Matthew B. Ridgeway during the Korean War.

Upon completion of his military service in 1952, he returned to Marion, Kansas and attended WSU at Wichita for one semester.

On March 15, 1952, he was united in marriage to Joyce Schmidt. This marriage was blessed with two children- Cynthia Elaine Kelsey (1953) and Michael Ross Kelsey (1956) both born at St. Francis Hospital, Wichita, KS.

He worked for Beech Aircraft and Cessna Aircraft. Later taking a job with (Innes) R.H. Macy and Co. in Wichita and promoted to Macy’s in Kansas City, Missouri. After that, the family moved to California where he continued working for major department stores in management positions in accounting.

He served in the Boy Scouts of America with his Son, Ross who followed his father’s example by taking his two sons -Michael, Jr., and Daniel to scouting’s highest award of Eagle Scouts.

With his wife Bea, they opened a paint, wallcovering, Gifts and custom Picture Framing store known as Bekel’s. After 10 years and a declining market, they closed the store and Forrest took a position as Assistant County Treasurer in the Courthouse where he worked until his retirement.

Forrest has been a member of the Marion Christian Church for over 65 years and has served as Treasurer, Board President, Deacon, Elder and a member of the Church Choir and The Fellowship Committee.

Forrest was blessed with an ability to decorate interior homes and businesses and create beautiful floral arrangements for home, church, friends and other organizations.

To order memorial trees or send flowers to the family in memory of Forrest L. Kelsey, please visit our flower store.