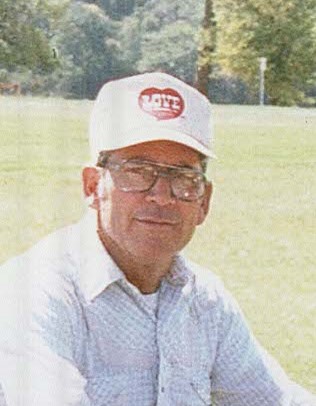 Fred was born to Flora Epperson (Gaugh) and Ed Epperson on April 14, 1933 in Clarksville, Arkansas.

Fred enlisted with the United States Army at the age of 16, and then by the age of 17 was on a ship to Korea where he served 22 months in the war and was a decorated soldier. In 1954, he married his sweetheart, Bertha and together they had 3 children.  Through much of his adult life, he was employed with Love Box Company in Wichita, Kansas for more than 25 years. His career began as a truck driver, and he was then promoted to the position of logistics and manager of all Love Box transportations companywide across several plant locations. Fred very much enjoyed the outdoors, in fact, he was well known for having the most fantastic garden with an abundance of tomatoes, cucumbers, and green peppers. He had a love for all types of animals, especially his cats, Gidget and Buster who kept him company after the passing of his sweetheart in 2018.  He and his wife enjoyed spending time outdoors together, where they would take motorcycle rides and camping trips to Table Rock Lake and nearby lakes.

Fred's memorial service will be held at a later date.  Memorial contributions in his name may be directed to the Caring Hands Humane Society in care of Yazel-Megli Funeral Home.  Please sign his online guestbook and leave a memory of him at www.ymzfh.com

To order memorial trees or send flowers to the family in memory of Freddie Harold Epperson, please visit our flower store.