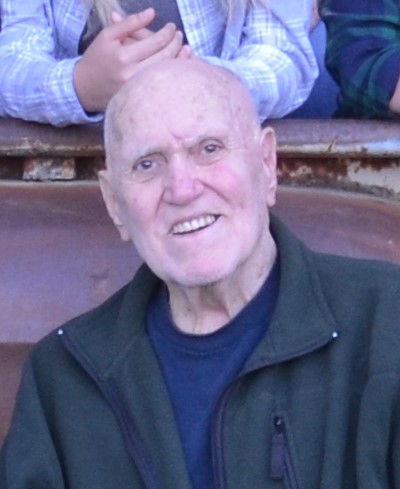 Gail's life began on June 16, 1933 in Topeka.  He was the son of Gail and Fern (Pratt) McIntyre.  Gail was a 1952 graduate of Herington High School and attended the University of Kansas.  He served his country in the United States Navy during the Korean War.  Gail was united in marriage to Beatrice "Bea" Yates on November 22, 1958 in Herington.  He worked for the Rock Island, Southern Pacific and Union Pacific Railroads during his career as an engineer.  He was active in the Masonic Lodge, Isis Shrine, the American Legion, Lions Club and Rotary Club.  Gail enjoyed riding his motorcycle, playing a round of golf, attending the Scottish games, a good meal and loved his grandchildren.  His loving family includes his children Blake (Mary) McIntyre of Osage City and Gay (Gary) Giffin of Waverly; grandchildren Trent Giffin, Joseph McIntyre, Sean (Amanda) Gibson, Nicholas (Sarah) McIntyre, and  Daniel (Anna) McIntyre; 20 great grandchildren and three great great grandchildren.  Gail passed away at his home in Waverly on March 6, 2020. He is preceded in death by his parents, wife Beatrice, four brothers and one infant sister.  His family will gather on Tuesday from 9-10 a.m. at the First Baptist Church, Herington for a visitation followed by his funeral service at 10 a.m.  He will be laid to rest in Sunset Hill Cemetery with military honors.  Yazel-Megli-Zeiner Funeral Home is serving the family.  Memorial contributions in his name may be directed to the Shriner's Hospital for Crippled Children.  Please sign his online guestbook and leave a memory of Gail at www.ymzfh.com.

To order memorial trees or send flowers to the family in memory of Gail Reed McIntyre, Jr, please visit our flower store.