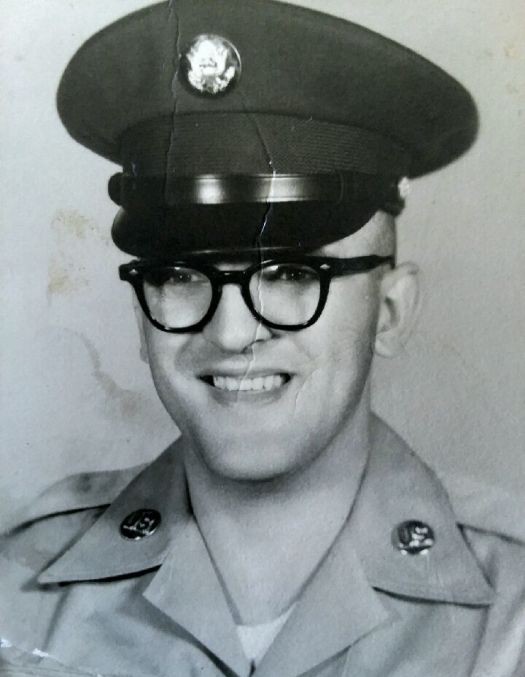 Gerald Harry Adam of Herington, died Friday, March 1st, 2019, at Wesley Medical Center. He was born May 24, 1942, at Council Grove, Kansas.  He was the son of Harry William and Cora Nancy (Ashwill) Adam.

Jerry was a graduate of Herington High School with the class of 1962.  He served in the U. S. Army and was honorably discharged in 1968.  He was employed as a clerk for the civil service in Fort Riley, Kansas.  He and his sister, Donna, lived near the Hilltop Activity Center.  He regularly attended the center playing dominoes and shooting pool with the guys.

He was preceded in death by his sister, Donna Adam on April 15, 2016; brother in law, Morris Kearns; a niece, Joyce Kearns, a nephew, Rick Klos; and his parents.

Memorial graveside services with military rites will be 1:30pm, Friday, May 24th, 2019, at the Sunset Hill Cemetery of Herington, with Deacon Richard Kramer, officiating.

Memorials have been designated to the Hilltop Activities Fund; and they may sent to the Zeiner Funeral Home, 404 S. Broadway, Herington, KS, 67449-3038.

To order memorial trees or send flowers to the family in memory of Gerald Harry Adam, please visit our flower store.