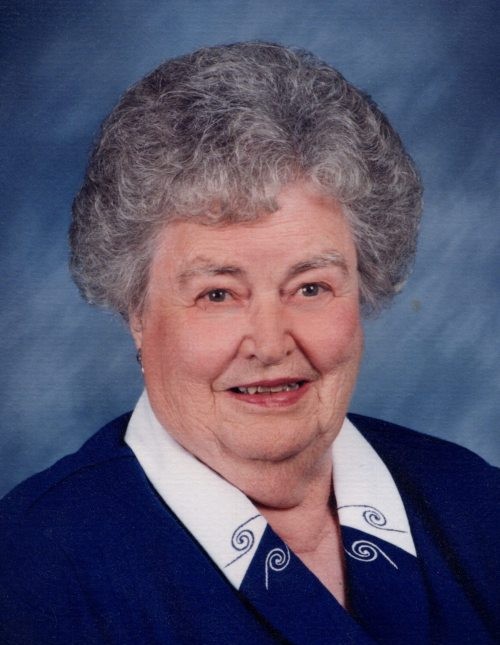 HERINGTON - Gladys was born November 9, 1922, the daughter of Charles and Anna Daetwiler.  She, along with her sister and three brothers were raised on her parent’s farm near Ramona.

She married Percy Wendt on April 16, 1941, and made their home near Latimer, Kansas.  They raised three children, Jerry, Milton and Judy Gillett.

Gladys enjoyed farming with Percy, and also worked at the Paragon making childrens’ clothes, the J. C. Penney Store as well as the T. K. Oxandale Fabric and Gift Shop.  She was active in numerous clubs which included sewing, arts and crafts, and card clubs.  She worked at the Poll booths in Latimer on Election Days.  Gladys was a fantastic cook and the family loved attending her Holiday Dinners at the farm.  With her eight grandchildren, there was always something going on.

She was preceded in death by her husband Percy, son Jerry, daughter Judy, her parents Charles and Anna Daetwiler, her brothers Melvin Daetwiler of Herington, Lonnie Daetwiler and Maurice Daetwiler of Wichita, and sister Mildred Wilmore of Americus.

To order memorial trees or send flowers to the family in memory of Gladys Emmogene Wendt, please visit our flower store.