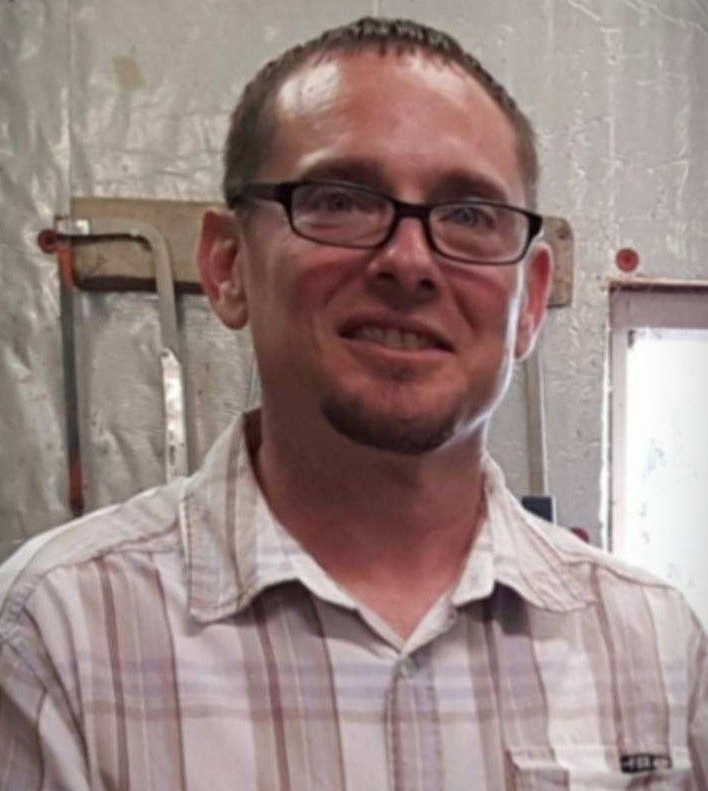 Russ’s life began on October 5, 1975, in Topeka. He was the son of Russell L. Jones and Linay (Volkman) Jones. Russ was employed by Titus Transportation in Hutchison at the time of his death. He loved to go to dirt track and drag races; and going to concerts whenever he could. He was skilled at installing car audio systems and writing poetry. Russ enjoyed spending time at the lake, going camping and listening to music. He also enjoyed being in the company of friends or family.  He is survived by his parents Rusty L. and Linay Jones of Herington; children Autum Torres of Herington, Kaitlin Volkman of Park City, KS, Adrina Volkman of Hope; Zach Bickford of Mcpherson, sister Tiffany (Josh Kasten) Jones of Herington; niece and nephew Kiersten Kamholz and Kyler Marshall. Russ passed away on August 4, 2022, in Hutchison as a result of an accident.  He is preceded in death by both sets of grandparents and a sister Stephanie L. Jones. His family will gather with friends on Saturday August 20, 2022, at 1 p.m. at Yazel Megli Funeral Homes, Herington. He will be laid to rest in Sunset Hill Cemetery at a later date. Memorial contributions in his name may be directed to Oxford House in care of the funeral home. Please sign his online guestbook and leave a memory of Russ at www.yazelmeglifh.com.

To order memorial trees or send flowers to the family in memory of Heath Russell Volkman ( Russ Jones), please visit our flower store.