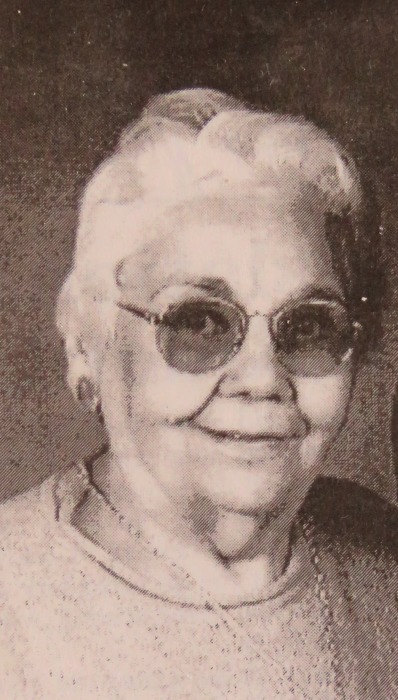 Helen Virginia Haage, age 93, of Herington, entered her heavenly home on October 10, 2019, at the Legacy of Herington. She was born on September 5, 1926, at Herington, the daughter of Frank Burton and Leola Pearl (Burdette) Kendall.  She had one brother, William Marion Kendall, and attended Latimer grade school.  Graduated from Herington High School with the class of 1944 and went to Hutchinson Business School.

Helen is survived by daughter, Connie Haage, and son, Bob Haage, both of Herington.

The funeral will be held at the First Baptist Church of Herington, on Wednesday, October 16, 2019, at 10:30am with Rev. Darrell Geist, officiating.  Burial will follow at Sunset Hill Cemetery.  Family will receive friends at the church, Wednesday, October 16, 2019, from 9:30am-10:15am.  Memorial gifts may be given to the First Baptist Church:  and may be sent in care of YMZ Funeral Home, 404 S Broadway, Herington, KS 67449.

To order memorial trees or send flowers to the family in memory of Helen Virginia Haage, please visit our flower store.