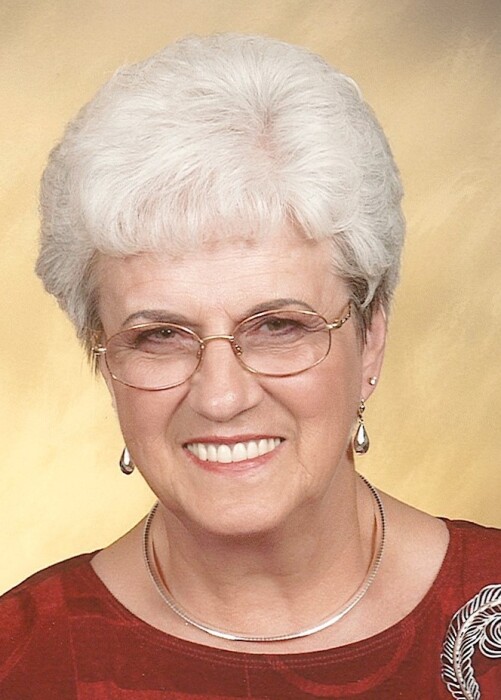 Irene’s life began on August 12, 1940, the daughter of John and Lydia (Neufeld) Siebert in Satanta, Kansas. She graduated from Meade Bible Academy in 1958 and married Donald Gene Isaac August 22, that same year. Her employment included working at the local Co-op as a gas station attendant.  Later Irene and Don purchased the Napa Auto Parts where she managed the store while Don farmed. They raised their family while attending the EMB Church in the country where she served as church librarian and the women’s mission group. Later she became a member of Emmanuel Mennonite Church in Meade. Don and Irene moved to Newton in 2015 where they attended Koerner Heights Church until they could no longer attend. She enjoyed oil painting and paper crafting in her spare time.

Her loving family includes her husband, Don of 62 years; children and their spouses, Rick and Gwen Isaac of Colorado Springs, Colorado, Myra and Brent Bergen of Newton, Kansas, Byron and Patti Isaac of Sublette, Kansas, Stephanie and Bill Clinesmith of Cimarron, Kansas; brothers and their wives, Lester and Martha Siebert of Cabden, Illinois, Waldo and Mary Siebert of Overland Park, Kansas; 25 grandchildren; 20 great-grandchildren.

She was preceded in death by her parents; three sisters, Geneva Fast, Ruby Siebert and Mary Ann Klaassen; and a grandson, Collin Isaac. Irene passed away peacefully into her heavenly home surrounded by her family singing “Because He Lives” on Thursday, January 21, 2021 at the age of 80 years old.

Her family will gather with friends for viewing on Monday, January 25, from 12 noon until 1:30 at Lamb Funeral Home, 120 S. Main Street, Whitewater, Kansas. Interment will follow in the Whitewater Cemetery at 2:00 p.m. Her celebration of life service will be held at New Hope Bible Church, 11215 W. 13th Street, N. in Wichita, Kansas at 4:00 p.m.

Memorial contributions in her name may be directed to Newton Presbyterian Manor Good Samaritan Fund in care of Lamb Funeral Home, P.O. Box 358, Whitewater, Kansas 67154. Please sign her online guest book and leave a memory of Irene at www.ymzfh.com

Service will be live-streamed at https://youtu.be/f5NF8xeSzig.

To order memorial trees or send flowers to the family in memory of Irene J Isaac, please visit our flower store.