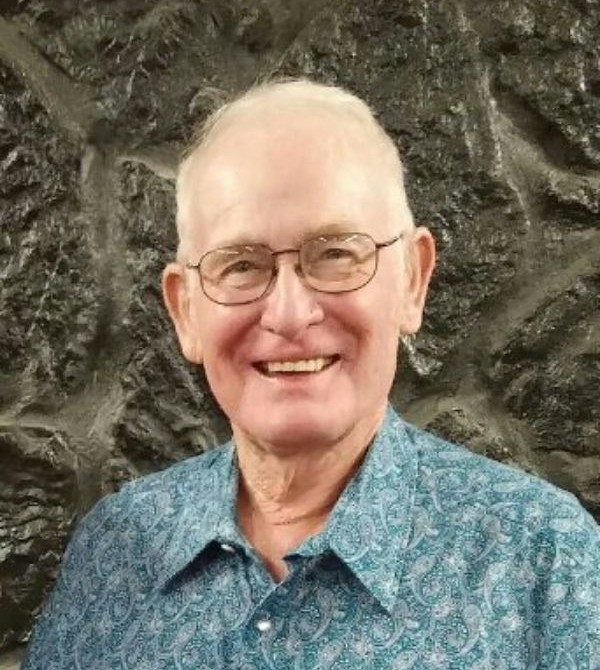 James grew up in the Onaga area attending local schools and graduating from Onaga High School with the class of 1955. As a child, James was led to his Lord and Savior Jesus Christ by one of his schoolteachers during his Junior High School years. Also, as a school kid he was very active in FFA. James enlisted into the United States Army on September 1, 1960, where he spent 7 ½ years as an auto repairman.  On, October 21, 1962, James married the love of his life Rita Corcoran in Onaga, KS. This union was blessed with 3 children. James retired from the railroad after 40 plus years and many miles traveling the country. After retiring from the railroad, he went to work for Lyon Township as a clerk, treasure, and patrolman running a road grader.

In his free time James loved mending fences on his property, going to reunions of his military group, and fishing. What he loved the most was going to the mountains in Colorado with his family and taking yearly fishing trips to the mountains. James was an active member of the First Baptist Church of Herington. Family was very important to James.

Family will receive guests on Sunday, June 5, 2022 from 5pm to 7pm at Yazel-Megli Funeral Home, 404 S. Broadway, Herington, KS 67449. Funeral services will take place Monday June 6, at the First Baptist Church of Herington at 10:30am with graveside services to follow at Mitchell Valley Cemetery east of Herington. Family will then receive guests at the church for a luncheon immediately following the graveside committal. Memorial contributions are suggested to Gideon’s International, PO Box 140800, Nashville, TN, 37214 or First Baptist Church of Herington, 201 E. Hawley St, Herington, KS 67449. Please sign his online guestbook and leave a memory of James A. Hay.

To order memorial trees or send flowers to the family in memory of James Arthur Hay, please visit our flower store.