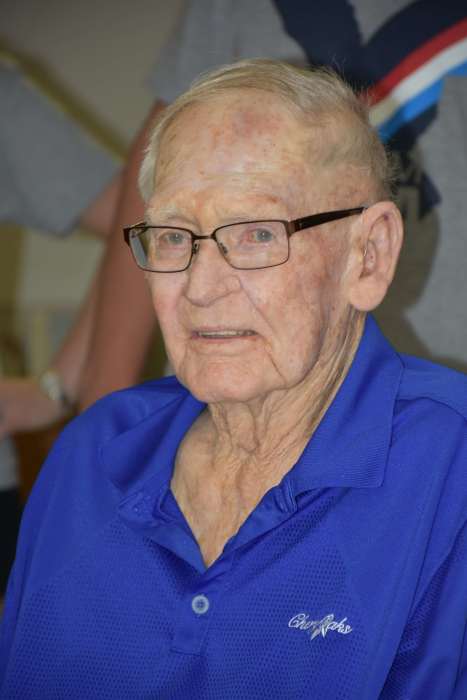 Kent and Alice Faye Ward were married on October 11, 1952, in Arkansas. Two children, Brenda Jo, and James Kent Richmond Jr. were born to this union.

Kent Attended Marion Schools with the class of 1951. He proudly served his country in the US ARMY from 1951-1954 during the Korean War. Upon returning home, he was a police officer in Hillsboro and Manhattan, Kansas. In 1959 he joined Wm H. Ward Insurance Agency with his father-in-law. This later became J & K Insurance Agency. He finished out his career as a rural mail carrier in Lincolnville, Burdick and later in Burns. As a retirement project, Kent and Alice opened Country Dreams Bed and Breakfast in 1992. During this time Kent also operated AK Ranch, raising registered Texas Longhorns. In October 2014 Kent was very proud to be able to fly to Washington D.C. with his son, Jim, on a Kansas Honor Flight.

Kent was a member of the VFW and American Legion Posts in Marion. He served on the Marion Library Board and the Middle Creek Watershed District #62. Kent was an avid fisherman, spent his afternoons golfing at Marion Country Club and enjoyed horseback riding as a member of the Marion Saddle Club and watching his children, grandchildren, and great-grandchildren participate in their many sporting events and taking them fishing.

Kent was preceded in death by his parents and sisters Francis Helmer and June Weatherbee.

To order memorial trees or send flowers to the family in memory of James Kent Richmond, please visit our flower store.