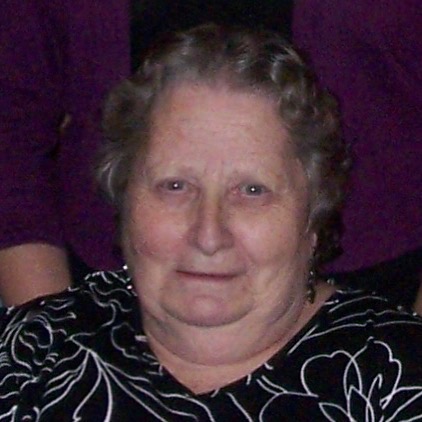 Janett’s life began on October 24, 1936, the daughter of Irvin and Maxine (Ungles) Coons in Palisade, Nebraska. She married Bill Gene Burch on April 4, 1953, in Trenton, Nebraska. She was a waitress, dishwasher, punch press machine operator and a meat wrapper at Dillon’s. She enjoyed her family and crocheting.

Her loving family includes her sons and their wives, Randy and Judy Burch of Success, Missouri, Curtis and Judy Burch of Malvern, Arkansas, Carl and Debbie Burch of Newton, Kansas; daughters and their husbands, Brenda and Dwight King of Flippin, Arkansas and Donna and Harry Reid of Hutchinson, Kansas; sister and her husband, Judy and Alan Robar of Wautoma, Wisconsin; 14 grandchildren and many great and great-great-grandchildren.

She was preceded in death by her parents; husband, Bill in 1984; an infant son, Gary Burch; daughter, Debra Stubbs in 2002; brother, Donald Coons; sister, Barbara Brunt. Janett passed away peacefully on Thursday, May 20, 2021 at the age of 84 years old.

A graveside service will be held on Tuesday, May 25, at 2:00 p.m. in Hurst Cemetery, Flippin, Arkansas. Please sign her online guestbook and leave a memory of Janett at ymzfh.com. Lamb Funeral Home of Whitewater, Kansas is serving the family.

To order memorial trees or send flowers to the family in memory of Janett Coleen Burch, please visit our flower store.