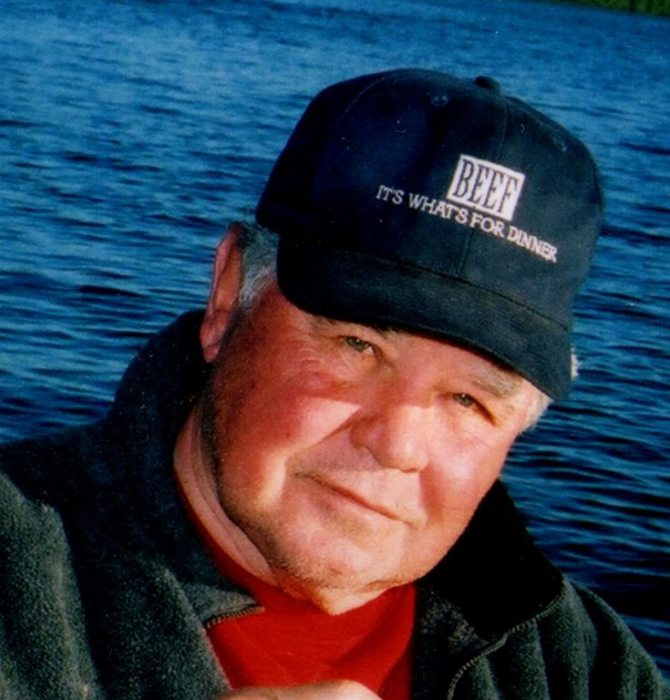 Herington -  J. H. Bowman or “Gentleman Jim” as he would refer to himself, departed this life on Sunday, January 27, 2019, at the Salem Home of Hillsboro.  He was born December 5, 1934, near Bushong, Kansas, and raised by his parents,  Dorothy Mae (Adams) and Ralph Bowman.  He graduated from Strong City High School and attended Emporia Teachers College for a couple of years.  He served two years, 1954-56, in the U.S. Army state side duty.

Gentleman Jim’s passion was being a cowboy. He was just a young, little, fellow when he began working alongside his dad on the ranch. When it was time to start school he took great delight in galloping his horse to a one room Lull School. His career in the rodeo began when he was around sixteen and he entered the amateur bronco riding at the Strong City Rodeo. His mentor, Mr. Emmett Roberts, of Roberts Rodeo Company, understood his passion and with encouragement told him if he could ride bulls he would one day be a world champion cowboy.  He would also become a good steer wrestler.  At the annual Countryman’s Fourth of July in 1954, he won the top trophy for bare-back bronc riding and bull riding. He would also win at Council Grove, same year and events, the all- around - cowboy trophy. When bull riding came to a close he learned bull dogging. In 1962 he bull dogged at 47 rodeos and placed in 40 of them.  Twenty-eight years of a feast or famine rodeo career ended in 1978, he still would do some with his cowboy buddies but the rodeos had to take a back seat.  It was time to devote time to the family and his career.

The career for which Gentleman Jim became most widely known began in 1964, when he went to Fremont, Nebraska, to sell Tox-O-Wik cattle oilers.  He was the original manufacturer of the ‘hydraulic squeeze chute,” building the first one in 1969, for Dinklage Cattle Company, Wisner, Nebraska, along with the circle working facility.  In 1966, the company was called Bowman Hydra Vat and was located in Fremont.  In 1972, he purchased Nebraska Steel Company in Fremont and renamed it Bowman Steel and Fabrication Company. He returned to Council Grove, Kansas, renaming the company Bowman Livestock Equipment.  When he moved in 2000 to Herington, he did the manufacturing but had the equipment built by another firm and he became the salesman.  He retired in 2011 and enjoyed fishing out by his lake home in Herington. He also enjoyed taking fishing trips to Canada.  Some times with his wife and other times with good friends.  He was also a pilot and through the years he flew to many rodeo events and business engagements.

He was preceded in death by a sister, two brothers, and his parents.

He married Bonnie Bolin in 1999 at Cottonwood Falls and she survives of the home in Herington.  He is also survived by a son, Jay D. Bowman; and a daughter, Christa Maslonka, both of Sarasota, Florida; step-daughter, Andrea Maples of Herington; step-son, Joe Honea, of Overland Park; five grandchildren; and one great grandchild.

Memorial services with military committal will be Saturday, February 9, 2019, 10:30am, at the First Christian Church-Herington with Pastor Steve Hanson, officiating. Inurnment will be at a later date.

Memorials have been designated to the Kindred Hospice of McPherson or the First Christian Church-Herington and they may be sent in care of:  Zeiner Funeral Home, 404 S. Broadway, Herington, KS, 67449-3038.

To order memorial trees or send flowers to the family in memory of Jim Henry Bowman, please visit our flower store.