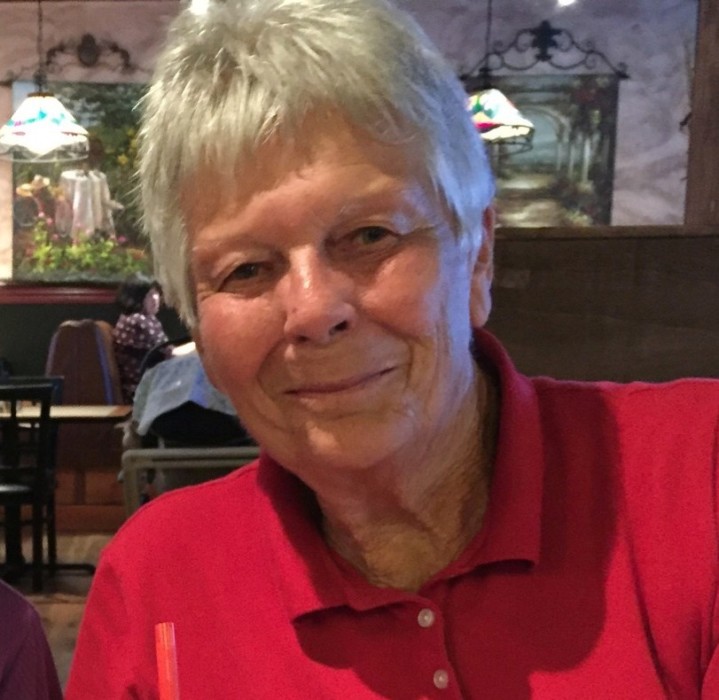 She was a force of nature with a mind of her own. In the morning she loved to talk politics, drink her coffee, and debate with others at Mom’s Cafe in Whitewater. On Tuesday morning’s she would go to the cafe with her group of friends, to catch up on the town gossip and talk the latest politics.

Traveling the world with her late husband Jim, they would find new and exotic places to enjoy scuba diving .  A few of their favorite places included Honduras, Belize, Jamaica, Dominican Republic, Cozumel, Uruguay, and Costa Rica.

Training her horses, and her dogs showed her love of animals. Joan had as strong of a will as most of her horses did. Fast cars, and gambling were a few of her hobbies. Reading was one of her favorite pastimes.

In 1995 she and her husband built a log cabin house on their own that she called home for twenty years. The farm consisted of horses, alfalfa, pastures, an ATV which she loved to ride around the land on, and many dogs which she loved like children. The farm also included an in-ground pool, which she used to rest and relax in. Some of her favorite memories of her grandkids came from long summer days spent around the pool. Many summers were spent bailing and putting up hay with her hay crew which consisted of many local helpers.

She loved everyone in their own special way. Joan was a proud mother and grandmother who could always be found in the stands at sporting events, 4-H livestock shows, and rodeos. Her heart belonged in the mountains where she always hoped to return. Joan will forever rest in the mountains of Colorado with her late husband, James Wallace.

She was preceded in death by her parents and her husband James “Jim” Wallace.

To order memorial trees or send flowers to the family in memory of Joan Kathlene Wallace, please visit our flower store.